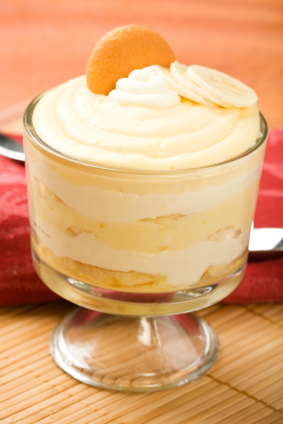 An American dessert composed of a flour- or cornstarch-thickened vanilla pudding layered in a bowl with sliced bananas and vanilla wafer cookies, similar to an English Trifle. The cookies of choice for this dessert are Nabisco Nilla Wafers, which have been made since the early 1900s; the dessert has appeared on the back of the box for decades.