Also milk jam, milk candy, manjar, manjar blanco and/or arequipe. A thick sauce, spread-like confection or soft candy made from slowly heating sweetened milk until it has thickened and caramelized. Dulce de leche is very popular in South America. Its origin is not confirmed, but the sauce may have been created in Argentina1. Mexican cajeta is similar but typically made from goat’s milk, while dulce de leche is usually made from cow’s milk.

Other recipes begin with sweetened condensed milk poured into a covered pan and baked in a water bath in the oven, or they begin with a combination of milk and sugar, sometimes with baking soda added and/or vanilla extract, cooked over low heat on the stovetop. Either way, the preparation time is short and the cooking time long, often several hours, and it must be monitored to prevent scorching. Our recipe for dulce de leche (link) uses purchased sweetened condensed milk and the oven technique.

Those looking for vegan or gluten-free options can make dulce de leche with coconut milk.

Dulce de leche is the featured filling in South America’s classic Alfajores cookies, which can easily be made at home. Read more about Alfajores. 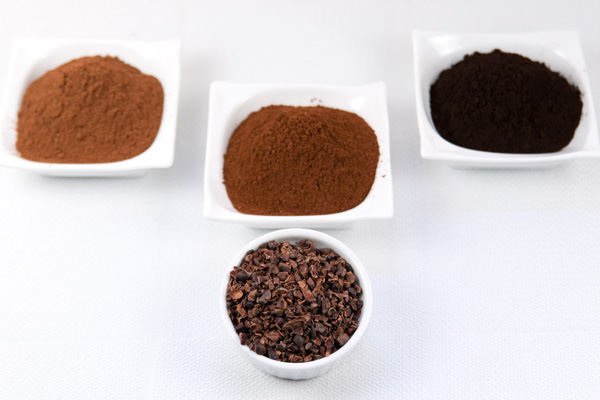 Cocoa powder created from beans that have been thoroughly rinsed in a solution that reduces their acidity. This process makes the resulting cocoa powder darker in color and milder in taste.  Most supermarket brands are natural cocoa, meaning cocoa that has not been Dutch processed, but always check the label. In the image above left to right: natural cocoa; Dutch-processed cocoa; black cocoa an on the bottom center are cacao nibs.

Dutch-processed cocoa and natural cocoa are not considered to be interchangeable in recipes. Their acidity is not the same and the rest of the recipe, particularly the leaveners, might not be correct for the substitution. The result can be a baked good with a dense texture and/or off flavors. As always, we suggest using what the recipe calls for. Read more about cocoa comparisons: The Different Types of Cocoa. 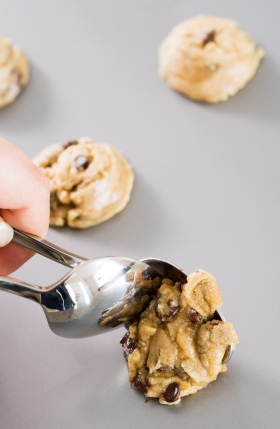 A cookie formed by the spoonful and dropped directly onto the baking sheet. Toll House® Cookies are a famous example of drop cookies. Two cereal spoons can be used to scoop and drop the dough, but for rounder, neater cookies and better yield control, use small food-dishers, such as these below (also known as ice cream scoops). 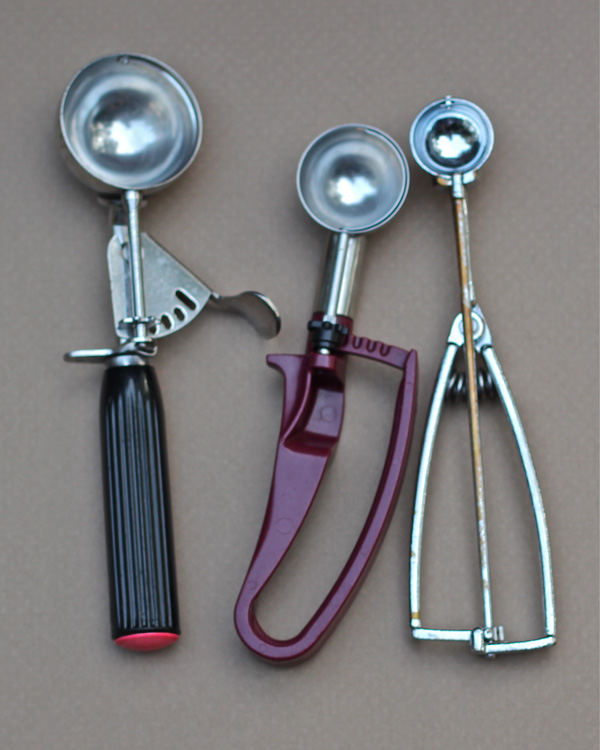 Some recipes recommend chilling dough before dropping the cookies onto the baking sheet, others are formed right after preparing the dough. Always follow the recipe’s directions, however, if your drop cookies seem to be spreading too much, try chilling the dough even if it was not suggested (baking times might have to adjusted). Keep a small bowl of warm water nearby; dipping the cereal spoons or food-dishers into the warm water every five cookies or so (shaking them dry before forming more cookies) will help keep the tools clean and the warmth will keep the cold dough from sticking to them.

A counterpart to the light, airy angel food cake, devil’s food cake is classically a two-layer cake filled and covered with frosting, usually chocolate or fluffy white icing. This dessert can be found in American cookbooks dating back as early as the 1920’s. The cake was originally made with natural cocoa, and baking soda was always found in the batter, creating a red tint, hence the name. The liquid component varies – it can be anything from water, to hot water, to buttermilk, milk or sour cream. Recipes exist with both natural and Dutch-process cocoa as well as unsweetened or bittersweet and semisweet chocolates melted and added to the batter. Today, this term often refers to any dark chocolate layer cake such as our Easy Chocolate Cake. 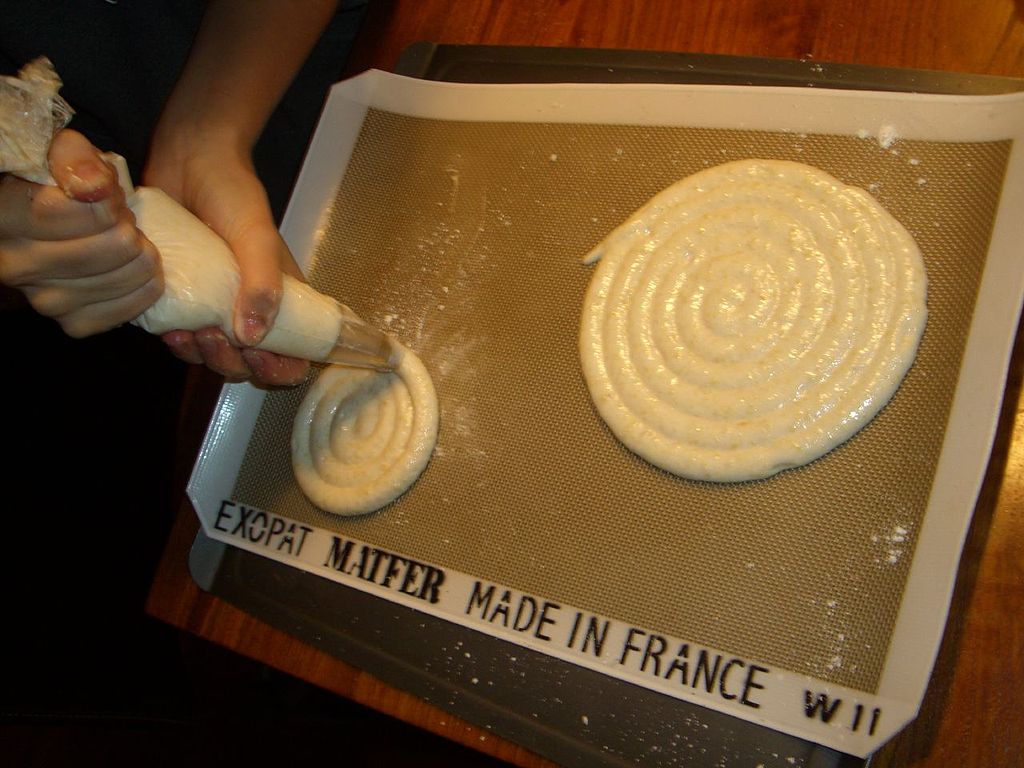 Originating in the south of France, dacquoise is a meringue made with very finely chopped nuts folded into the mixture before baking. This dessert is named after the residents of Dax, a town in southwestern France, and is also occasionally referred to as Palois in reference to the residents of Pau, a neighboring town. The nutty meringue is piped or spread into shapes (often round discs) and baked until crisp in a low temperature oven. The dacquoise discs are then often layered with buttercream, sweetened whipped cream or ice cream to create a complete cake. A popular version is the classic French marjolaine – long, rectangular layers of almond or hazelnut dacquoise interspersed with chocolate or praline buttercream.

Dacquoise texture should be light and slightly crunchy. Use a light hand when folding in the nuts while also making sure the nuts are evenly combined. Too much agitation will flatten the meringue and ruin the texture.