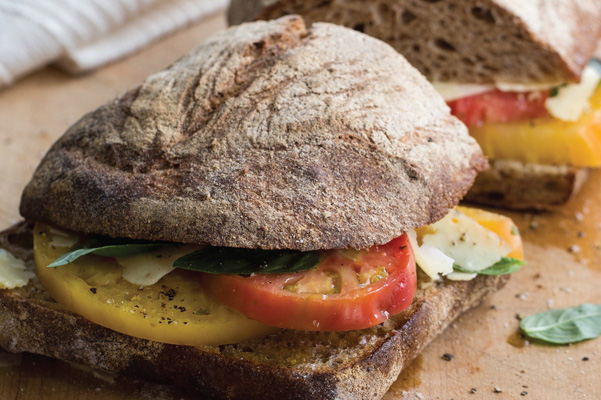 brings us plenty of recipes as well as information on baking with sprouted grains and sprouted grain flour. A lot of the content discusses the nutritional aspects of the bread produced – as well as flavor, of course. I wanted to highlight this recipe from his friend Craig Ponsford for two reasons: firstly, this bread is incredibly delicious and relatively easy to make but as importantly we believe in Craig’s stance on whole-milled flour and want to help spread the gospel. There is a reason Peter calls this out in the title. Whole-milled flour is made from whole grain, in this case wheat, which has been turned into flour by processing the grain as a whole. Some flours have the germ and/or bran removed and the various parts of the grain are processed separately, and then sometimes recombined. Craig insists that even after recombining that nutrition and flavor have been lost. And, really, should flour processed in that way even be called “whole grain”? Much to think about. We like the whole-milled approach and this recipe puts it to great use. Also check out a second recipe from the book, Sprouted Whole Wheat Bread, as well as our interview with Peter. 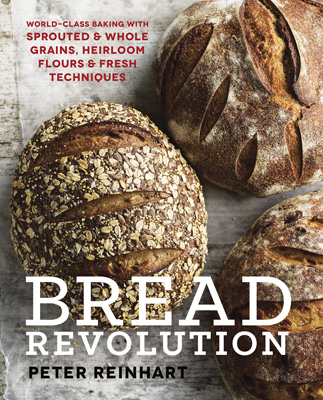 This wet, rustic dough is a small-scale version of the one Craig Ponsford uses at Ponsford’s Place for both his ciabatta and his Wednesday night pizza events. I also use it for focaccia. It requires a poolish pre-ferment for structure, acidity, and maximum flavor development. The dough also contains a bit of coarse whole rye flour, also known as pumpernickel flour; it adds texture and contributes to the flavor complexity. Between the poolish and the water in the final dough, the total hydration of this dough is very close to 100% water to flour, and that’s one of the secrets to making whole wheat prod­ucts at the quality level to which Craig aspires. It takes practice to learn to handle such wet dough, whether using oiled hands as I do or floured hands as many bakers, including Craig, prefer. You may be tempted to add more flour when mixing it to make the dough feel more “normal.” Try to resist that urge, as whole-milled flour will eventually absorb a lot of water. And with the help of the three stretch and fold sequences, the dough will firm up enough to handle. Still, it may seem wetter than you’re used to. This is where handling technique can make or break the final result. Especially when this dough for ciabatta is used, it must be gently cradled.