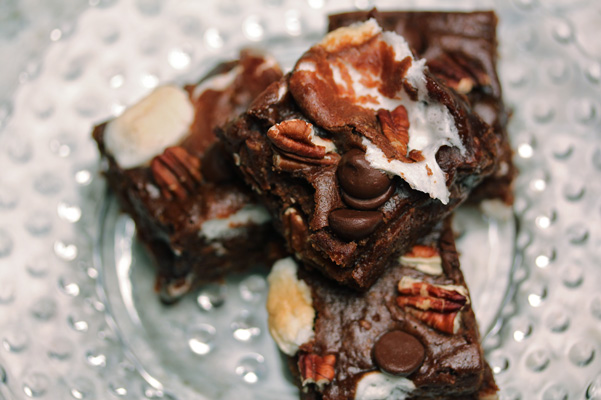 A package arrived at the Test Kitchen containing packages of standard and miniature sized Dandies Vegan Marshmallows. We hadn’t had them before but if you are vegan you are probably familiar. The company bills them as a “cruelty-free alternative to the traditional marshmallow. They’re all natural, contain no corn syrup or gelatin, and are the first ever marshmallow to be Non-GMO Verified!” Being summer we immediately wanted to use them in a vegan s’more application. We headed to the backyard, made a fire in the fire pit, found some sticks and got roasting. 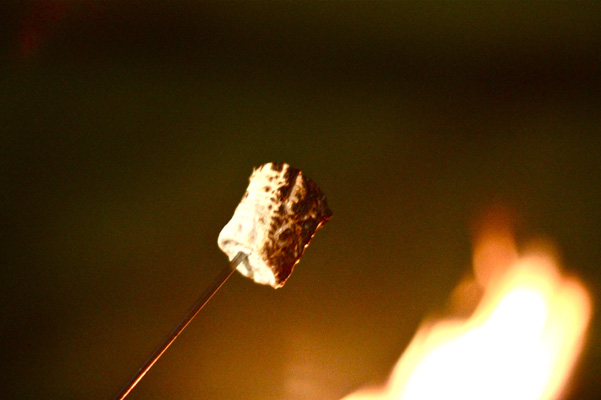 But there was a big problem. The pictures of the s’mores didn’t come out! We were roasting the marshmallows, assembling the s’mores and stuffing our faces while trying to take pictures in the dark at the same time. Not a recipe for success. So while the Dandies toasted and roasted nicely we decided to take them inside to the Test Kitchen and try anew. 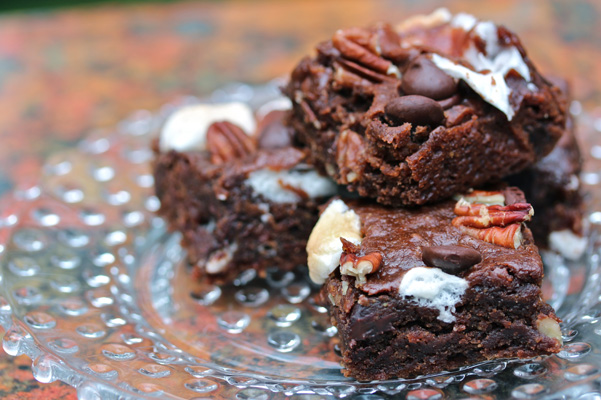 We bring you Vegan Peanut Butter S’More Brownies.  They are the kind of brownies that are very moist without veering into truffle territory. If you over bake by a few minutes they do become cakey but no less delicious. Watch carefully and remove from oven when there are some moist crumbs still clinging to the toothpick/cake tester and you will be rewarded with a rich chocolate brownie, melty pockets of marshmallow, bits of crunchy nuts and nuggets of chocolate morsels. 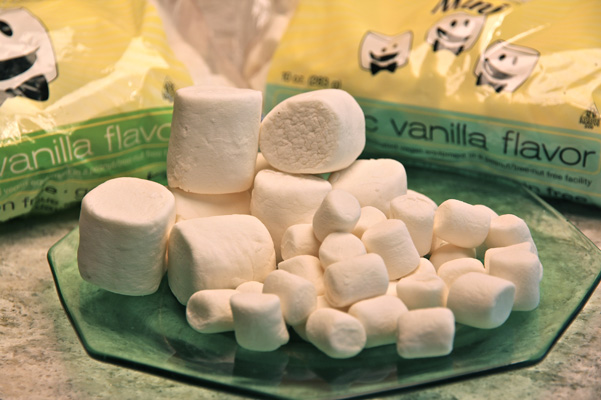