Reheating Pizza on the Stovetop Gives The Best Results! 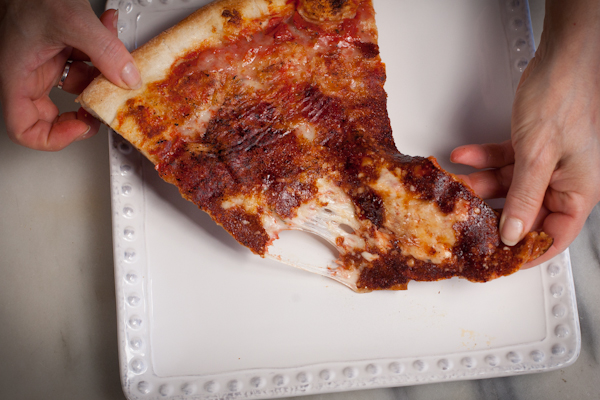 I try not to be a food snob. I reheat my fresh-brewed loose tea in the microwave (multiple times) every day and I understand the glory of a warm Krispy Kreme. That said I do draw the line at Cool Whip (not a fan) and have never been one to eat cold pizza or to appreciate re-heated pizza. It’s just never the same. Then one day a few months ago I was listening to, of all things, the local shock jock, talk-radio morning show and they were talking about re-heating pizza in a pan, stovetop. Face down no less! I was listening to the news guy wax euphoric about this technique that I had never heard of and, actually, it made sense. He said to take a slice of pizza and heat it, cheese-side-down in a nonstick pan. In lieu of that, to put a tiny bit of oil in a cast iron pan and again, face down, heat the slice until the cheese melts and develops a crust, then flip over, heat the bottom briefly to crisp and you’re done! I was truly intrigued, made a mental note to remember and then promptly forgot.

Fast-forward a few months to a conversation with Peter Reinhart about pizza and he starts to tell me how he likes to re-heat pizza by describing the same technique! Now, this was no local news guy, this was Peter Reinhart, an award winning author and pizza authority! I was not going to forget this time. 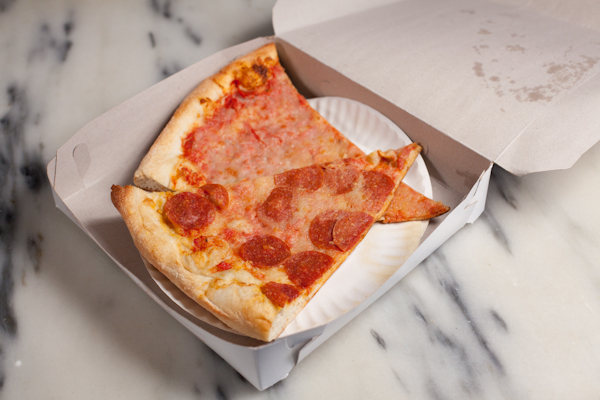 So into the Test Kitchen we went with slices of day old, refrigerated pizza (seen above). We opted for both a plain cheese slice and one with pepperoni, just so we could see how the topping would hold up. Here’s what we did and what we found out: 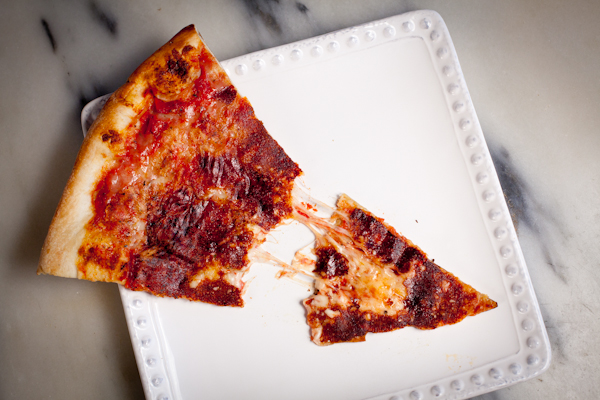 What we found was that this technique worked very, very well. It does change the pizza. The top of the pizza now has a crust (as you can see) that it didn’t sport in its original guise, but as a re-heated slice of pizza, we think this technique is an improvement over toaster-ovens and certainly over reheating in a microwave. The crusty parts are delicious! Just like the cheese that exudes out of a grilled cheese sandwich and gets melted and crusty right on the pan. It worked for both the cheese and the pepperoni slices. Yes, you have to wash a pan, but several of us like this technique and the results so much that we now look forward to having pizza leftover just so that we can indulge in the melty, crusty version the next day. I call the image below “pizza photo shoot aftermath”. 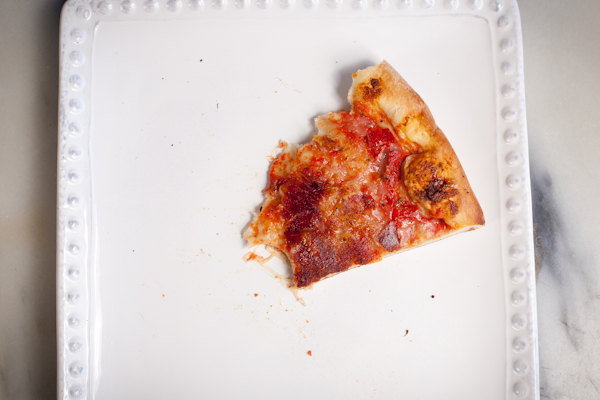 How to Use a Julienne Peeler
What is Kaiserschmarren? Lessons in the Spago Kitchen