What is Kaiserschmarren? Lessons in the Spago Kitchen

Bring Austria Into Your Kitchen with Kaiserschmarren 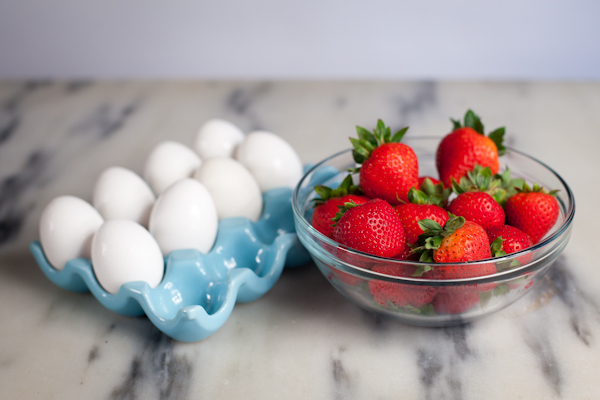 Crèpes might be familiar, but maybe you have never had a sweet omelet. These can be a foreign idea (literally) for an American, but consider for a moment, the ingredients. They begin, of course, with the freshest of eggs, which are featured in many a rustic dessert as they are easy to find and inexpensive. They also add a flavor and structural quality to desserts that no other ingredient can match. Once a cook has eggs, making an omelet is very straightforward. A little butter and some seasonings are really all you need. For a dessert omelet, sugar is the “seasoning”. Dessert omelets can be as simple as an omelet made in the traditional manner, folded, then brushed with melted butter and sprinkled with sugar, perhaps then briefly run under a broiler to caramelize the sugar. But there are more elaborate versions that are quite interesting as a dessert, even to the American the palate.

Take the kaiserschmarren, for instance. This is an Austrian sweet omelet that has found fame at none other than Spago Beverly Hills. I had the good fortune to work in the Spago kitchen for an evening with Sherry Yard, their former pastry chef, or Pastry Wench, as her chef’s coat proclaims. It happened, believe it or not, by accident. I had landed at LAX mid-afternoon, and coming from the east coast, I was already a bit “off” due to the length of the flight and time change. The plan was for me to drive directly to Spago to interview Sherry for an article. When I got there, she invited me to get into the kitchen to work alongside her and her staff. This seemed like a splendid idea as all of the basic background questions that I would need to ask could be done by phone at a later date. This hands-on approach would afford me the opportunity to truly observe from the inside of one of our nation’s most famous kitchens and make mental notes for the article that couldn’t be gleaned any other way.

After donning a chef coat I was given the most basic of tasks, which I was more than happy to carry out – filling tart molds with dough, portioning ingredients and the like. At some point Sherry asked me to attend to a mountain of strawberries. They were solid red through and through with a fragrance that broadcast their full-flavor. Their perky green tops had not had the chance to loose any color or moisture and my guess is that they had never been refrigerated. In fact, they had been on the vine early in that day or at most, the day before. She asked me to remove the stems and slice the berries for a signature dessert of Spago, one that Wolfgang Puck had brought from his Austrian homeland – kaiserschmarren. I had never heard of it before but Sherry assured me that it was one of their most requested desserts and would never leave the menu as it was a perfect example of flavor-rich, honest food, which is what Wolfgang insisted upon.

I attended to the berries, discarding the stems and slicing the fruit. At one point Sherry admonished me as I was removing a bit too much fruit with the stem. Her point was not only that the flesh was being wasted but that the organic shape of the berry was also being lost and she wanted all of its natural beauty to remain intact. She, of course, was right.

The kaiserschmarren itself uses basic ingredients: butter, sugar, flour and eggs. Yolks are whisked with a bit of sugar and flour. Whites are whipped separately and folded in. Butter is melted in a pan and the sweet omelet mixture is poured in and baked. At this point, it is essentially a souffléed open-faced omelet. The omelet is turned out and topped with a sauce that combines cooked and raw strawberries, another rustic technique of enhancing flavors. It is served whole, one to a diner, each one with its own rough-hewn, unique shape. The sauce draping over the whole brings color and flavor. The effect is one of sweet, satisfying, comfort food. There is no need for extraneous garnish or precision plating techniques. This dessert is all about the eggs and the berries.

Initially I was surprised that such a rustic dessert would be on the Spago menu, but rustic food never goes out of style. No matter where you live, how famous you are, or how much money you have to spend, if a meal presents the best and freshest ingredients in ways that highlight and enhance those foods, you will be rewarded with a stellar culinary experience.

My assumptions about Spago Beverly Hills could not have been more wrong. Given the star power of the chef, locale and clientele, I had always assumed that the food would be secondary to the “see and be seen” factor. The night after my brief kitchen shift I was invited to dine in the restaurant the following evening. Course after course (five hours worth) brought pure, clean flavors. Nothing was overly done. Everything was prepared with an exactitude that preserved whatever inherent flavor or texture was at hand. The crab tasted as fresh as the sea. The lamb was tender and fully flavored while still delicately nuanced, which is so often lost with this meat. Everything from the bread to the desserts was presented with such integrity intact, I could only describe this food as rustic at its heart. And of course I sampled the kaiserschmarren. Tender and eggy, sweet, but not overly so, with a berry sauce as bright as the freshest fruit – this is a rustic dessert par excellence.

I highly recommend that you try the kaiserschmarren while berries are at their best. It is easy to make, with readily available ingredients and works fabulously after a light meal or for a brunch. Bring a little Austria via Beverly Hills into your kitchen!