What is Graham Flour?

Whole Wheat Flour with a Boost 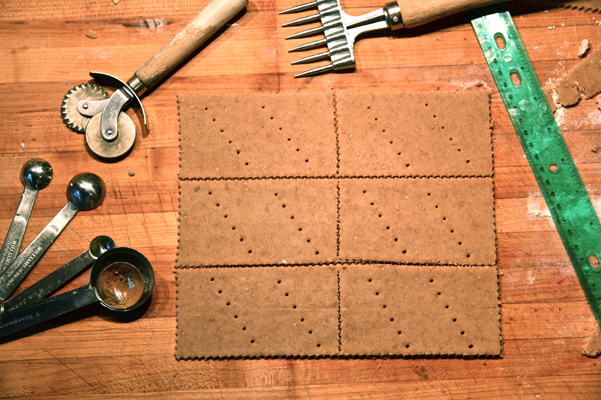 A community member recently emailed me to ask what graham flour is and I thought it was a great question that deserved attention. Most of us are familiar with graham crackers but have your ever thought about how they got their name? Well, I live near Northampton, MA, where Sylvester Graham (1794 – 1851) lived and he is the flour’s namesake.

Sylvester lived and died in Northampton (there is a great breakfast/lunch spot named after him) where he practiced and preached about vegetarianism, which he believed helped one abstain and also cured sexual urges (and blindness). He believed diet affected ones health and mental outlook and created graham flour, which is a whole wheat flour, as an alternative to the bleached and chemically treated white flours that were becoming popular during the industrial revolution.

Now here is where it gets confusing. I often use King Arthur Flour as a resource, however, they call their whole-wheat pastry flour graham flour and this is in direct contradiction to every other resource. Graham flour is usually described as an extra-coarse whole-wheat flour (not finer, like pastry flour). Some references say it is a coarse ground whole wheat, others state that the endosperm is ground but the bran and the germ are kept coarse and added back in. What we can say is that it is a whole grain, but apparently different graham flours are processed differently. I decided to consult our friend in bread, Peter Reinhart and also Alice Medrich, who has just written a book on flour.

According to Peter, “different companies have kind of coined it for their own use, perhaps even sifting out some of the endosperm in order to make it even more coarse and branny — more Graham-y, so to speak.  And, yes, I’m sure some versions separate and then recombine the endosperm, milled finely, with the coarser middlings to emphasize the high fiber aspect.  But I think Graham himself just wanted people to eat 100% whole grain bread regardless of how coarse it was”.

He continues, “the real argument has more to do with what you also described: separating the bran and germ and then recombining them back in. But in this version, the endosperm is sifted out (whether stone ground or roller milled) and then the bran and germ are more finely milled on roller mills so as to not clog up the stones, and then added back into the endosperm. Craig Ponsford of Ponsford’s Place (a Bakery & Innovation Center) calls this ‘reconstituted flour’ as opposed to true ‘whole milled’ whole-wheat flour where there is little or no separation of the three parts of the kernel.  He feels that whole milling is the only way to assure full benefits from the flour, and I’d wager that Sylvester Graham would agree”. Alice concurred that graham flour is a “coarser whole wheat flour”.

So, what to do? If you are using a King Arthur recipe and it calls for graham flour, I would use their pastry flour. If you are using any other recipe that calls for graham flour, I would use a coarse ground whole wheat, such as Bob’s Red Mill Graham Flour. The flavor is nutty and sweet at the same time – just like graham crackers! Sylvester, by the way, was in full force during the 1930’s with his evangelism but his crackers really took hold after his death.

One Response to What is Graham Flour?