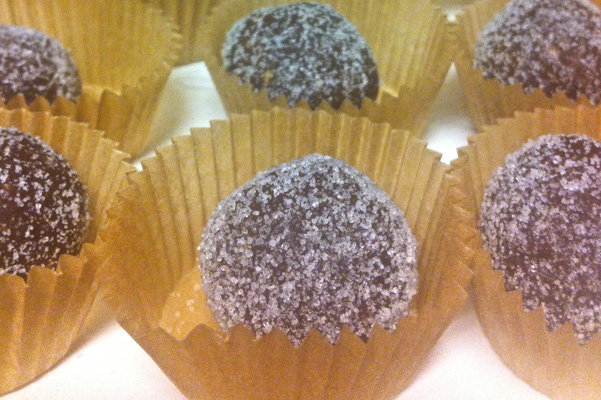 This post was a last-minute addition. My son, Freeman, went to culinary school but he is not a baker. He needed a recipe for a cookie contest at his place of employment. He wanted something approachable, delicious and festive – I said, make these Bourbon Balls! I had no idea that he would take pictures of the process but as soon as I saw them, I wanted to share. There are many tips to be gleaned here for first-timers. 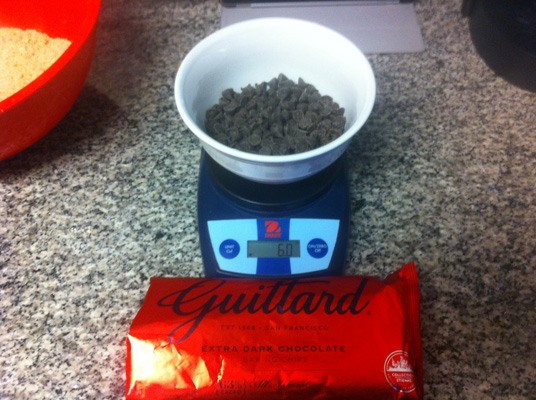 OK, first things first. He went to Whole Foods to find the Lyle’s Golden Syrup and some good chocolate (he chose Guittard) but he bought some organic vanilla wafers instead of what the recipe called for. That’s when I got a phone call. He said, “Mom, I only got 2 cups of crumbs out of the box of cookies”. (Recipe calls for 2 1/2 cups). I said that was odd because I had recently made them and had extra left over from my box of wafers. I asked him some questions and he said something about the “organic vanilla wafers” and I said WHAT? The recipe calls for Nabisco Nilla Wafers. He said Whole Foods hadn’t had them so he bought what he thought was an equivalent product. I said it didn’t surprise me that Whole Foods didn’t have them but that the recipe called for Nabisco Nilla Wafers; he had now tampered with the recipe and I couldn’t guarantee his results. He wasn’t near any big markets. I said go to the corner bodega.

A short 10 minutes later he called. Success! He had indeed found the correct cookies at the corner store and was ready to go. (He had combined the first cookies with the ground pecans so he had to buy more nuts, too. I told him to save his initial crumb mixture to make a crust for a cheesecake. He liked that idea a lot).

I explained to him that when you make any recipe, but particularly recipes with so few ingredients, you must pay attention to each and every one. They all make a big difference in the outcome.

Our recipe differs in a few important ways. Most recipes call for light corn syrup. It acts as a binder and adds to the texture, which is necessary, but light corn syrup offers no flavor. The Lyle’s tastes like liquid toffee and adds a sophisticated nuance. If you look at many bourbon or rum ball recipes they will suggest cocoa for the chocolate component. We upped that quotient and use a good quality melted chocolate. All of these seemingly small changes add up to a big difference. And of course use a good bourbon like Four Roses. 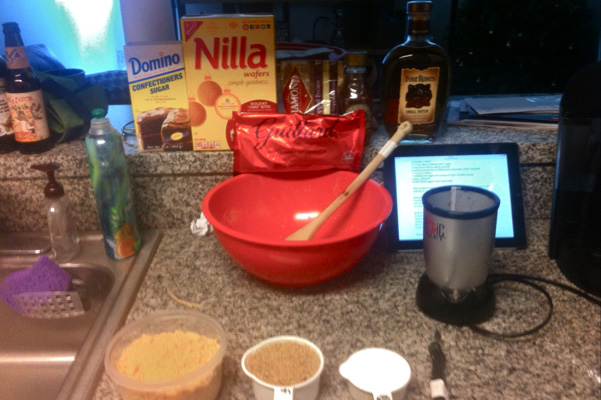 Like a good culinary school grad he laid out his “mise en place” as seen above. This is simply the process of laying out all of your ingredients before you start. You can see that you have everything and that they are all measured out properly. 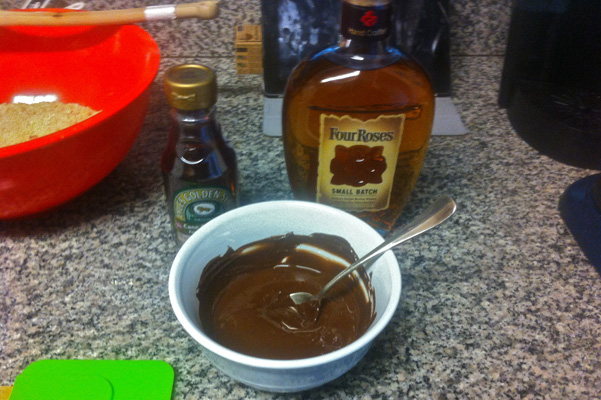 Above is the chocolate melted properly so that it is nice and smooth, with the Lyle’s and the bourbon ready to go. 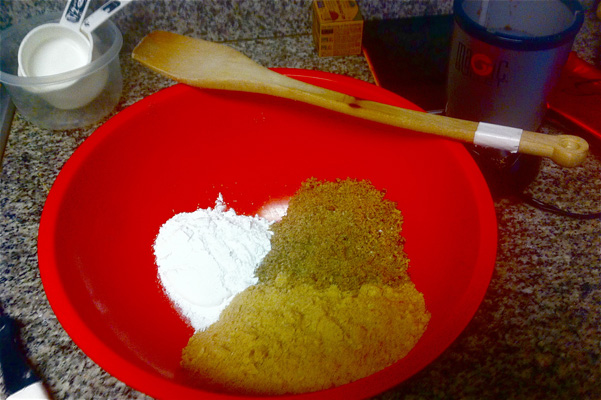 The recipe calls for the cookies and the nuts to be very finely ground, which you can see in the bowl above, shown here along with the confectioners’ sugar.

These Bourbon Balls are so easy. It is really just a dump and mix kind of recipe – you add the wet to the dry. Once the mixtures are combined a 30 minute wait time is suggested to make rolling easier. 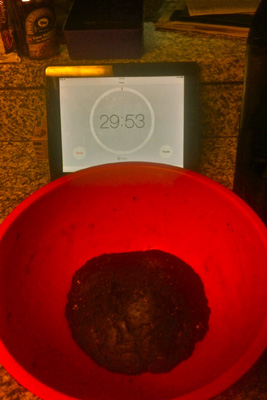 Freeman decided there was a way to make the wait more interesting. 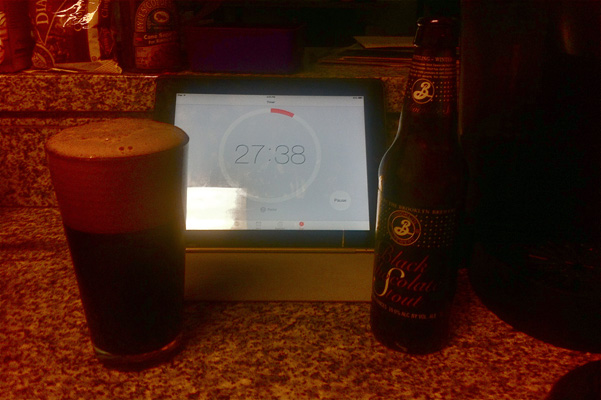 You don’t have to put them in fluted paper liners but it makes them a little more fancy. Sealed in a tin these will last quite a while. I think they even improve upon sitting; the bourbon will mellow and the flavors and texture will improve over all. Here they are in their finished glory. He did a great job rolling the balls small and evenly. If you have a small scoop it can help keep them similar in size, but he just went by eye and rolled them up like tiny meatballs. The roll in sugar gives them a sparkly finish.

You can watch me make these on our Bakepedia segment on The Better Show. 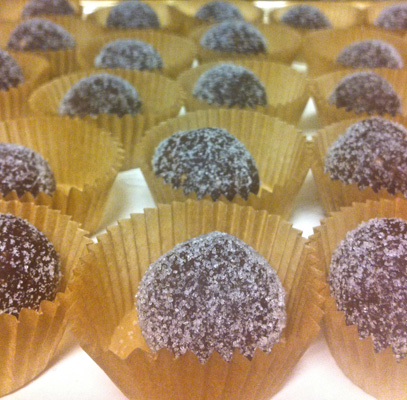