The Importance of Baking Proportions 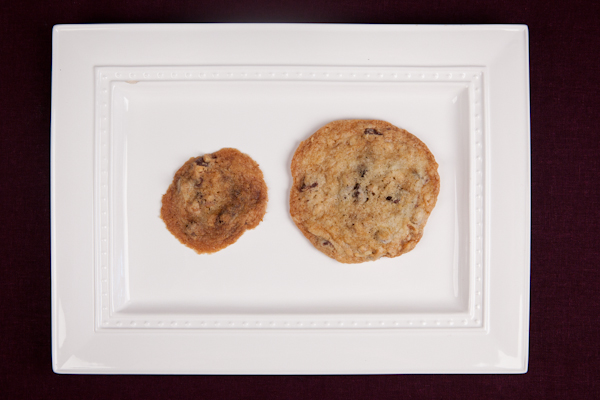 Bakers think about proportion all the time as we are measuring and weighing, since baking is a science, but what about proportion from another perspective? This came to me while I was working on the Poppy Seed Cake with Orange Marmalade Buttercream. One look at this cake below and it is obvious that it’s about substance. I wanted to highlight the flavors of poppy seeds, which I love and don’t find enough of in baking recipes, so I made the layers of cake thick. You could torte each of those cake layers in half horizontally and make a four-layer cake, but what then there were be proportionately more buttercream. There’s nothing wrong with that if you love buttercream, but the point is that the experience of the cake would be very different even though you are using the same components! 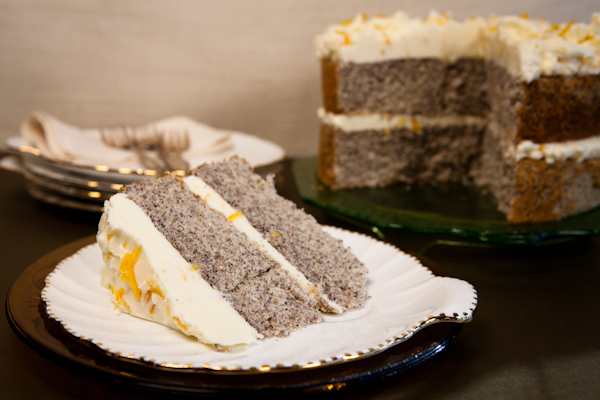 Look at our image above. This is the same chocolate chip cookie dough. When measured out by the scant teaspoons, the cookies bake uniformly and crisp – which is great for accentuating the butterscotch flavors of the butter and brown sugar. When baked by the quarter cupful, you get zones to your cookie. Crisp along the edge, a little firmer as you move inwards, and then finally landing at the paler, chewy center. These variances are impossible in the smaller cookie. It is about baking proportions.

Same goes for commercial products. It took years, but eventually Nabisco tinkered with their Oreos and made a Double Stuf version with twice the filling. Same cookie, same crème in the middle, but by altering the proportions, a new cult product was made. (By the way we recently read an article about a bunch of schoolchildren who performed a scientific study and found that the filling in the Double Stuf was really only 1.86x as much and not actually doubled!)

The next time you are baking, think about proportion from several angles and you just might be able to see some recipes in a whole new light.

What Are Ramekins?
Citrus Peel vs. Citrus Zest