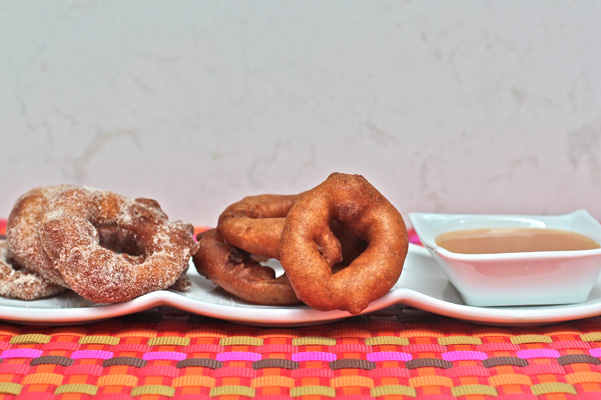 You have never had fried Vidalia onion rings like this. These onion rings have a sweet, spiced batter and are served with a bourbon honey caramel dipping sauce. As an option toss half of them with cinnamon-sugar as you would any fruit fritter. Genius, if we do say so ourselves. One of our testers said these are perfect “fair food” and that was an apt description as they work very well as a snack. Or, served with pork dishes we say, load up the plate.