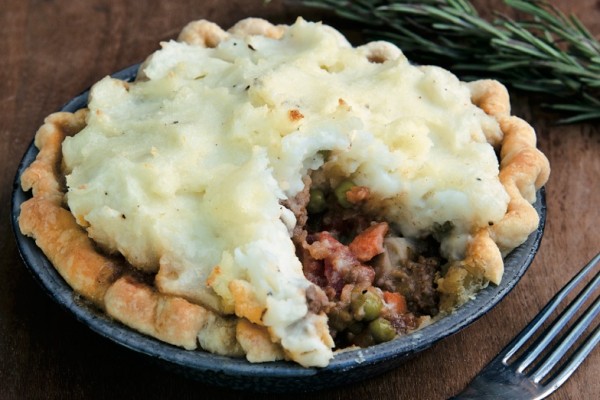 Lamb is a common and traditional protein used in Shepherd’s Pie, but the idea of taking a protein, adding veggies, nestling it in a crust and topping with mashed potatoes lends itself to variation. Here, Ken Haedrich brings us a version using ground beef, tiny dice of veggies and a rich sour cream potato topping. It is, indeed, a Dinner Pie from his book of the same name. Also check out his recipe for Turkey Crumb Pot Pie. 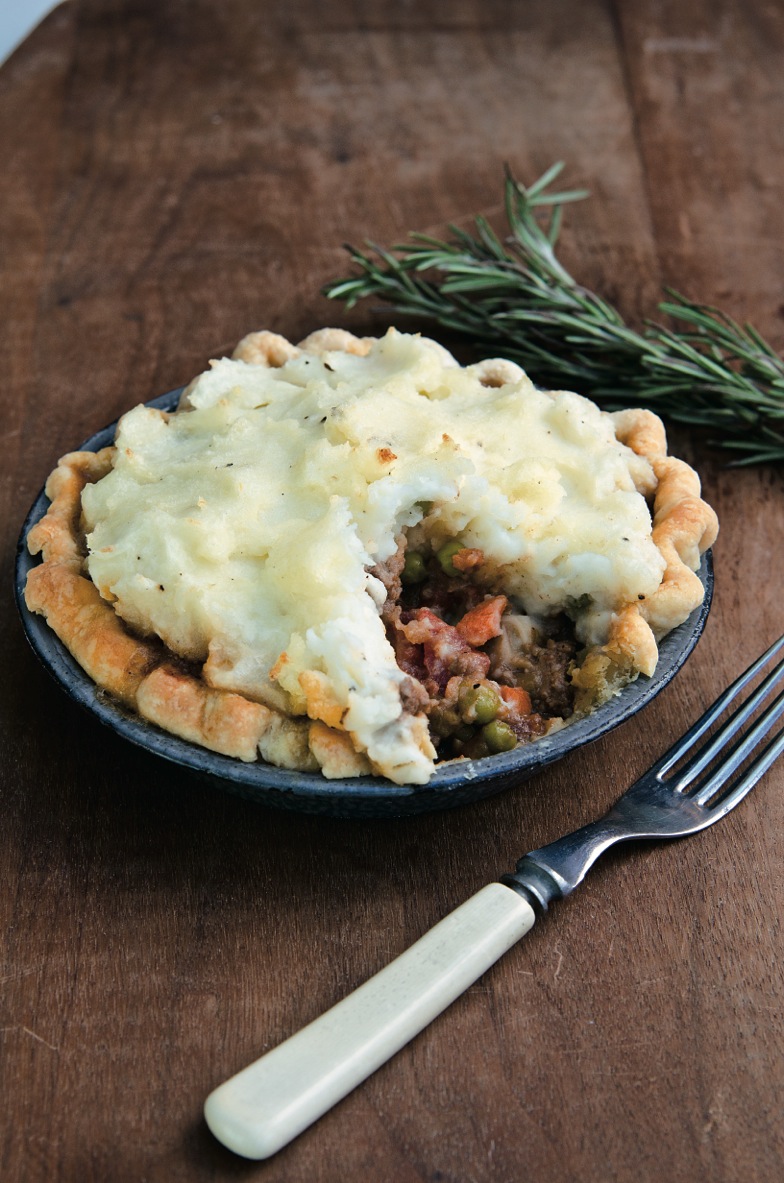 and used by permission of The Harvard Common Press.

Some day, when you’re good and bored, go online and Google this: Should shepherd’s pie have a pastry or not? You’ll be shocked at how many unpleasantries this question provokes. (At least, I was.) You’ll find threads of conversations, some going back years, with one party or another tossing the gravest of insults back and forth, cursing not just the offender but also the offender’s ancestors and any future progeny. It’s like shepherd’s pie road rage, just without the road. I cringe to think what might come my way when someone discovers that I often put a pastry under my shepherd’s pie. I’ll let the chips fall where they may because this version—with a flaky bottom crust, a meaty filling, and a crown of sour creamed mashed potatoes—tastes positively glorious. It’s best to make this recipe in individual dishes to maintain the integrity of the construction. And in the end, if you want to dispense with the pastry, this is wonderful even without.