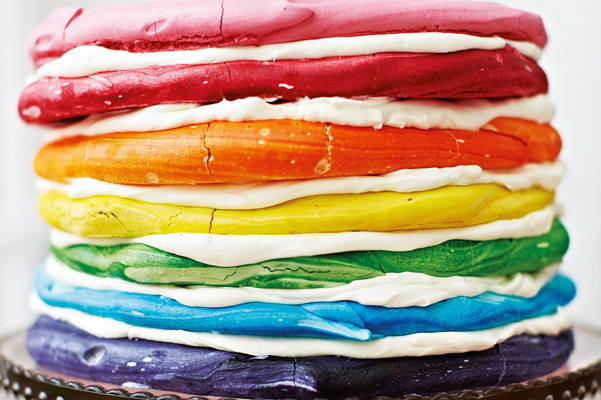 This “cake” is entirely made up of meringue discs and whipped cream – with a nice dose of food color thrown in for a rainbow effect. In order to re-create the vividness of the hues, I agree with the authors and recommend traditional food color gels and not natural colorings, which are more muted. Make a classic rainbow, or go wild! An ombré cake going light to dark of one color can look striking as well. Make sure to check out the Salted Caramel, Poached Pear, and Chocolate Drizzle Meringue Slab that is also from the book, Meringue Girls. 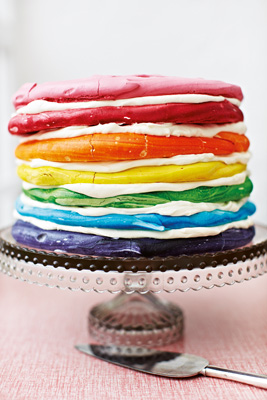 Excerpted with permission from Meringue Girls: Incredible Sweets Everybody Can Make

The mother of all rainbow cakes, this epic, bright layered meringue dessert takes a bit of work but is worth it.