Desserts in Jars are Easy to Make and Easy to Serve 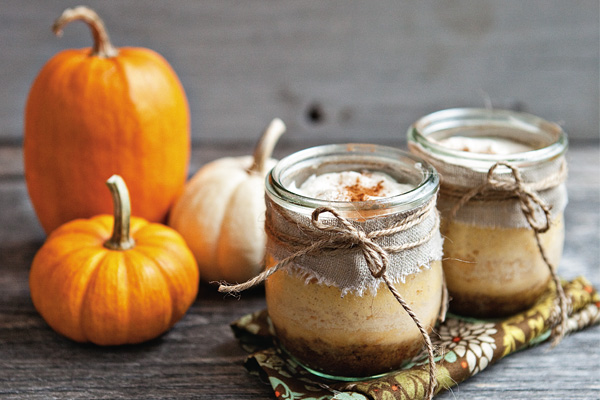 Pumpkin desserts abound throughout the fall and winter and cheesecake is a perennial favorite, so its no surprise that pumpkin cheesecake recipes are adored. This version is portable, which we really like because we can have it anytime, anywhere. This recipe is from Shaina Olmanson’s Desserts in Jars, which contains dozens of fabulous, easy desserts.

by Shaina Olmanson and used by permission of The Harvard Common Press.

When the seasons start to shift and the warm air turns brisk, the world explodes in a fury of pumpkin madness. Whether you’re carving them up or baking them into pies, you can’t escape the orange orbs of autumn.

5 Responses to Pumpkin Cheesecake With Gingersnap Crust In Jars