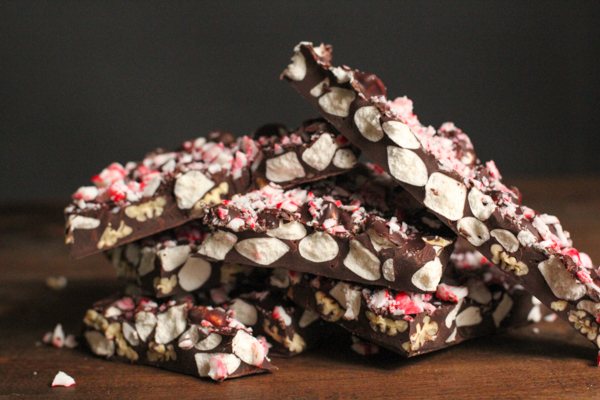 Inspiration struck. We were sent a package of Dandies Mini Marshmallows, which just happen to be vegan. And I just happen to be going to a potluck at a friend’s house, and she also happens to be vegan. Chocolate was in the pantry, nuts and some peppermint candies and voila! The concept of Peppermint Rocky Road Chocolate Bark sprung to mind. Twenty minutes later it was ready to chill and set. I used a 70% bittersweet couverture chocolate to offset the sweetness of the marshmallows. Toasting the pecans adds extra crunch and flavor. There are very few ingredients, so choose and treat each one well and you will be rewarded with a mash-up of rocky road and peppermint bark that is greater than a sum of its parts. You will note that the recipe makes 2 1/2 pounds of bark. Chocolate bark is often sold by the pound – I think because it is near impossible to figure out how many people this feeds! I mean how hungry are you? As a guideline, you can tuck a quarter to a third of a pound into treat bags for a small serving. Half a pound is generous and will be much appreciated. 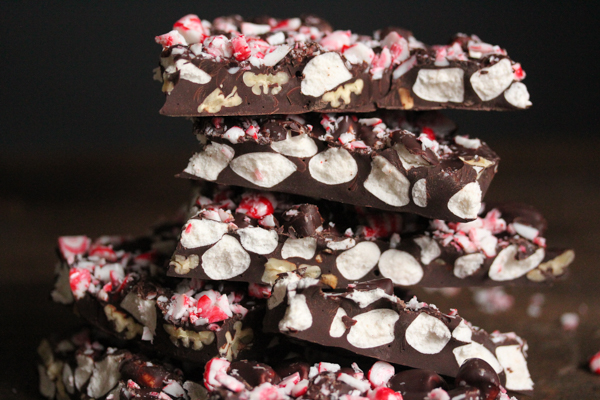 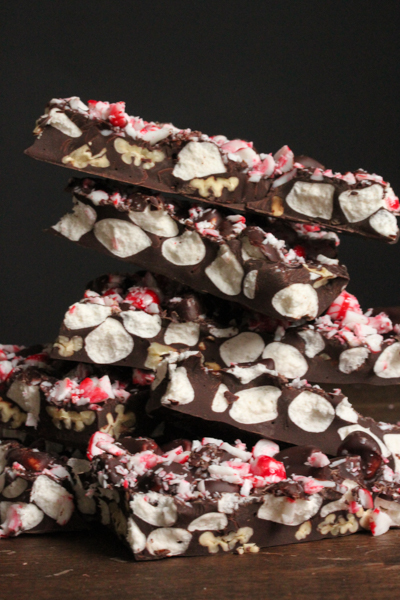