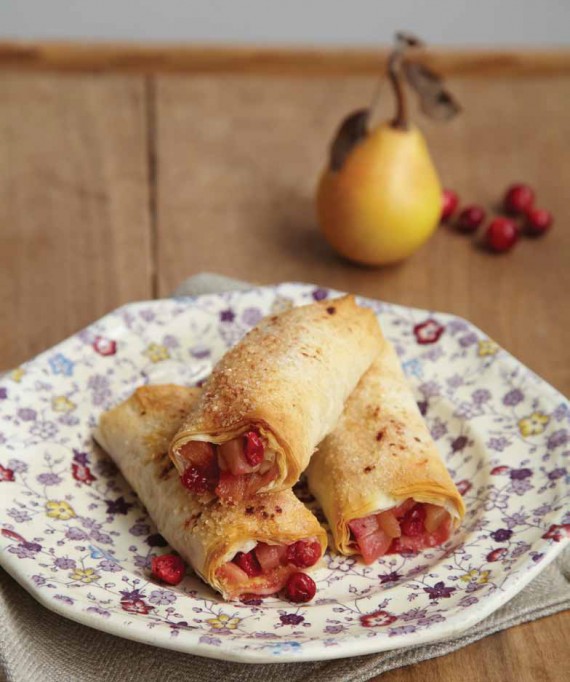 I became a strudel connoisseur during a trip to Vienna with my mother. Every morning began with a strong kaffee and a strudel. The afternoon snack included another kaffee and a strudel. And, of course, each evening ended with a kaffee and a strudel. My strudel recipe, unlike the traditional Austrian version, calls for the use of phyllo dough instead of strudel dough, a much more manageable method for making this homemade pastry, but just as good.