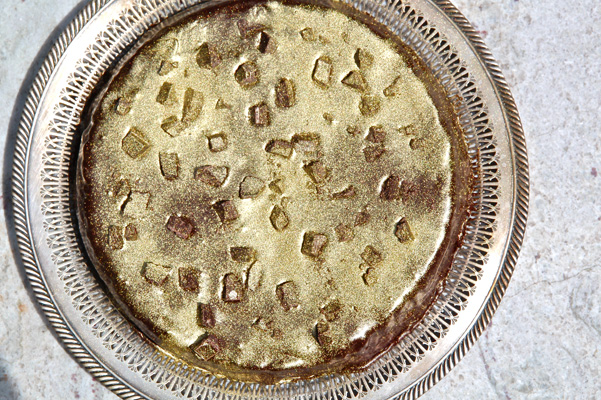 For this TBT entry I want to introduce you to Wayne Harley Brachman. In the mid-1980s in Northampton, MA there was a NY style deli that for me, being a transplanted Manhattan-ite, was a breathe of fresh, lower east side air. It was through this venue that I first met Wayne. His career has taken him from being a middle-school orchestra teacher to a performance artist. Luckily for us he decided years ago to concentrate his performance skills in the pastry kitchen. He came up the ranks at The Odeon and Arizona 206 in the city in their heyday and settled for a while at Mesa Grill and Bolo with Bobby Flay. He subsequently worked at more iconic NY properties and is now at Porter House New York working alongside chef Michael Lomonaco. This all makes so much sense to me. I know Lomonaco’s work as well and both of these talented men share a philosophy grounded in tradition but with a nod to innovation and forward thinking.

Wayne’s first book, Cakes and Cowpokes, New Desserts from the Old Southwest, came out of his days with Bobby Flay and showcases desserts with a western flair. Who but Wayne would have come up with Rio Grande Mud Pie featuring Tia Maria coffee liqueur, mangoes and cactus pears? Or Pecan Fritters with Dried Fruit Stew, Cinnamon Ancho Ice or the Mexican Gold Nugget Brownie Torte we are bringing you here complete with edible gold dust?

This almost flourless cake gets most of its bulk from ground walnuts, which combine beautifully with the dark chocolate. Although author Wayne Harley Brachman suggests using Ibarra chocolate, we have had great success also using Taza, which is a stone-ground chocolate that is carried at many Whole Foods Markets. The gold dust is a favorite of ours around here and can be ordered from a well-stocked cake decorating supply store such as Beryl’s. 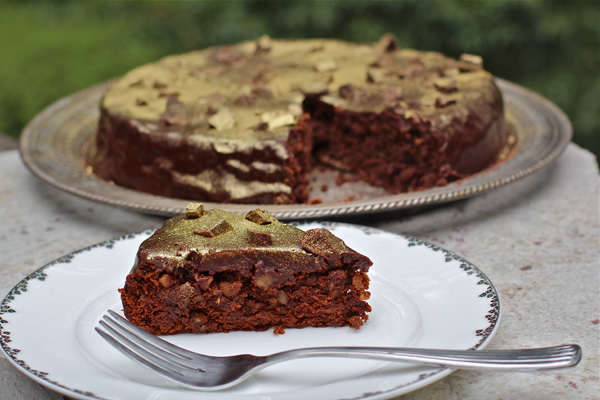 The following recipe is excerpted and adapted from Cakes & Cowpokes, by Wayne Harley Brachman. Published by William Morrow, 1995.

Gold is actually edible. I am not advocating that you make a soup out of your grandfather’s pocket watch, but a tiny sprinkling of twenty-two-karat gold dust, although flavorless, can be quite dramatic looking. This brownie, leavened with egg whites, is, in reality, a very elegant chocolate walnut torte.