Dates, Pecans and Brown Sugar Under a Meringue Topping 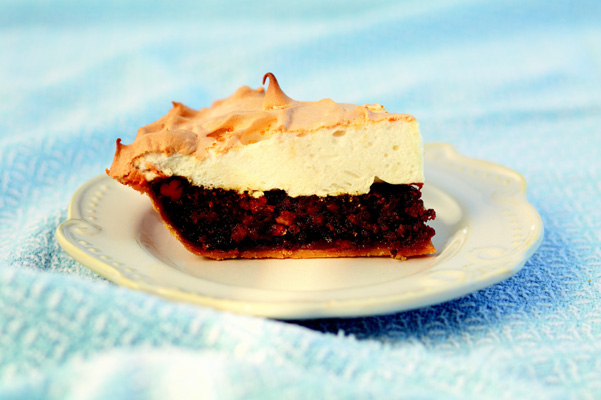 by Anne Collins is filled with expected recipes like Coconut Cream and Cherry Pie but the entire chapter on Transparent Pies is what caught my attention. Have you heard of or tasted transparent pie, sugar pie, amber pie or vinegar pie? These are simple pies from simpler times and the fact that Anne has documented them is a service to us all. Sure, they exist in books and in grandmother’s recipe boxes, but it is wonderful to have them all in one place, edited for today’s kitchens and alongside the more typical classics. For the record, Transparent Pie contains eggs, sugar and butter in a single pie crust and that’s it! Check out her Stack Pie, too. Another mind blower.

by Anne Collins. Published by Countryman Press 2014. Photos by Todd and Lisa Balfour. 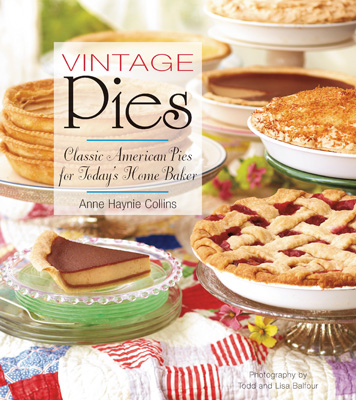 Culinary historians believe that a Missouri slave named Mary Ann invented this pie during the Civil War, when she worked as a cook for a Confederate merchant. It varies from other transparent pies by the addition of a meringue topping.