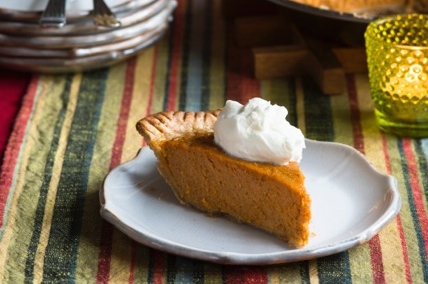 Another pumpkin pie? This one, from Alana Chernila, has a hearty whole-wheat crust, homemade pumpkin purée filling and is rich with crème fraiche and maple syrup. Not your everyday pumpkin pie. There is an option to use canned pumpkin, but why not give this made-from-scratch version a try. That is the thrust of her book, The Homemade Kitchen. She has also brought us her recipe for Popovers from the same book, so don’t miss those either if you are looking for a delicious exploration in the kitchen. 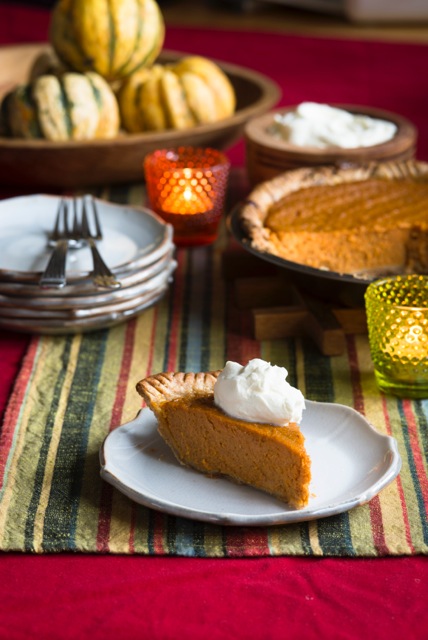 Recipes adapted and excerpted from The Homemade Kitchen. Copyright ©2015 by Alana Chernila. Photographs by Jennifer May. Published by Clarkson Potter/Publishers, an imprint of Penguin Random House LLC.

This recipe makes enough filling for a 10-inch pie, a bit larger than the standard. If you’re working with a smaller pan and have too much filling for your crust, pour the extra into a few buttered ramekins and bake them alongside the pie for the first twenty minutes. Then you get pumpkin custard while you wait for your pie. This makes a super-gingery pie, and the crème fraîche adds a texture and tang to the custard that makes one of my favorite kinds of pie even more delicious. To up the ginger factor (and I always want to), add 2 tablespoons finely chopped crystallized ginger to your crust when you add the butter.