Huge Bar Cookies with a Fudge Ripple in the Center 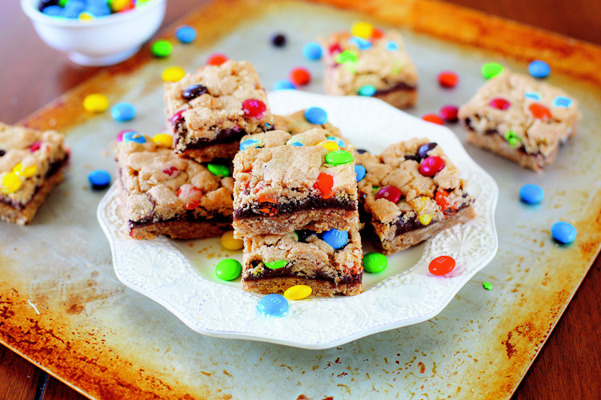 I typically think of fudge ripple making an appearance in ice cream, but Sally McKenney has created an easy to make bar packed with peanut butter, oats and M&Ms with a ribbon of fudge rippling throughout. These will be the first bar to sell out at your next bake sale. Check out her Vanilla Crepes with Nutella and also her Cookies ‘n Cream Cheesecake, all from her book, Sally’s Baking Addiction

Excerpted with Permission from Sally’s Baking Addiction: Irresistible Cookies, Cupcakes, and Desserts for Your Sweet-Tooth Fix 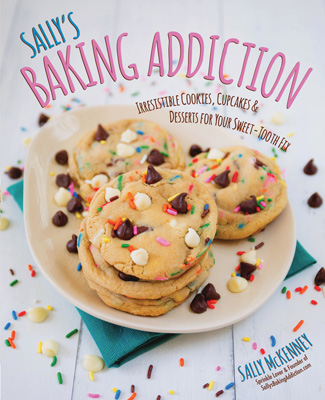 Traditional monster cookies are oatmeal cookies with peanut butter, chocolate chips, and M&Ms.. Take those same ingredients, remix them, and you’ve got the monster cookie’s funky younger sister. What you see here are soft peanut butter cookie bars, with lots of M&Ms., and some chewy oats for texture. Instead of simply adding chocolate chips to the dough, I opted to melt them down into a fudge-like consistency to create a decadent ripple in the center. Try to resist sneaking a lick of the fudge ripple … I dare you!