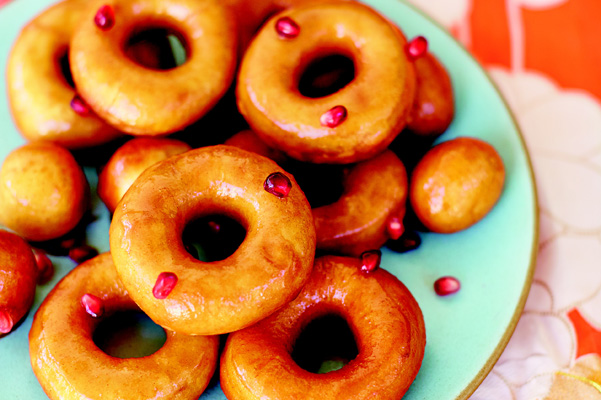 Donuts, doughnuts, however you spell them, they are popular whether baked or fried. I became intimately familiar with all things doughnut when I was working on my book, A Baker’s Field Guide to Doughnuts

, and found that they are much easier to make than most people think. Don’t be afraid of the frying. If you bring the oil up to temp (we do recommend a candy thermometer) the guesswork is eliminated. This recipe for Donuts with Pomegranate Caramel is from the musician Kelis, who also just happens to be a Cordon Bleu trained chef. She takes a fairly basic and easy donut recipe but then drizzles it with a lovely pomegranate caramel. Perfect for fall. As with all doughnuts, these are best enjoyed close to serving time. Also check out her Olive Oil Cranberry Cake, both from her book, My Life on a Plate. 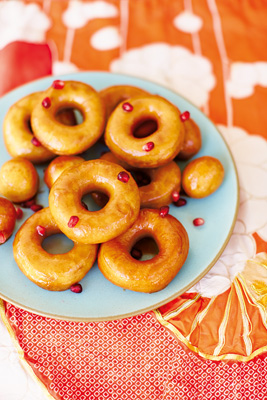 Excerpted with permission. My Life on a Plate 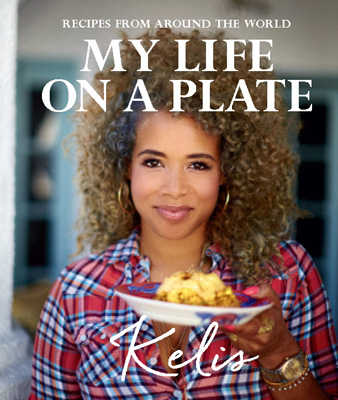 A couple of years ago, I took my son, Knight, to visit a friend’s church and they were offering coffee and donuts afterward. Knight was such a little guy that I didn’t even know he knew the word “donut” and suddenly he was like, “I need more donut!” I feel that way about donuts myself. I don’t want them anywhere near me when I know I have to perform because I have absolutely no self control over donuts. I make these when Knight and I want to indulge our cravings. I put a bourbon-based pomegranate glaze on them, but he likes a plain glaze; he’s a classic kind of guy.