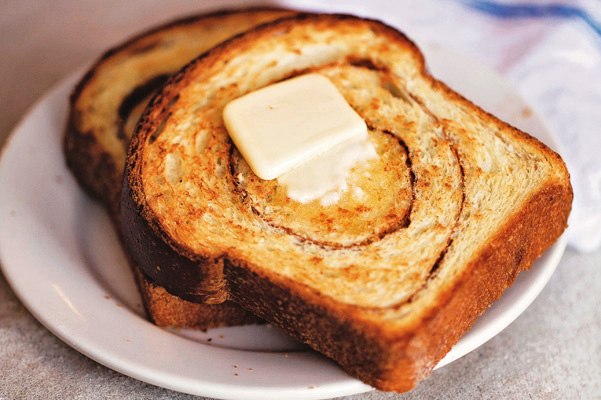 This cinnamon swirl bread is a classic pan loaf that just gets better when toasted and spread with butter or used for French toast. There are a few keys to making this loaf perfectly: You need to scald the milk to denature the proteins that inhibit the bread rising; you need to use ice instead of water to cool the milk down; and you need to fold the dough only once, rather than the usual three or four times, so as not to build too much strength into the dough. You will be rolling it up tightly, after all, and you don’t want the layers to separate. The final key? Lots and lots of cinnamon sugar.

Recipe reprinted with permission from Baking By Hand: Make the Best Artisanal Breads and Pastries Better Without a Mixer © 2013 by Andy & Jackie King, Page Street Publishing.