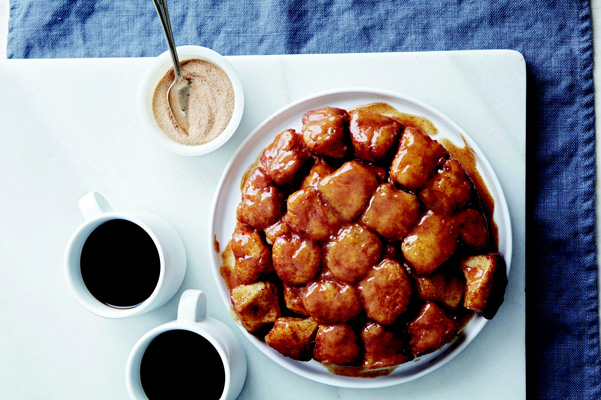 Joanne Chang’s newest book, Baking with Less Sugar, takes recipes, such as this classic Monkey Bread and gives is a less sweet makeover. Some of the recipes explore alternative sweeteners such as fruit juice concentrates, maple syrup and moist dates among others, while others simply reduce the granulated sugar content. There is even a chapter on how chocolate (and its inherent sweetness) can create delectable desserts with no additional sugar. No easy feat, especially with a recipe such as this that depends on the buttery sugary sticky topping. I mean, come on, we all know the raison d’etre for Monkey Bread is the sweet gooey-ness, right? Joanne knows her ingredients and technique and has created a Monkey Bread that gives us the sweet satisfaction we crave with much less sugar. Also check out her Strawberry Cream Cheese Fool that uses apple juice concentrate for sweetener and adds cream cheese for body and tang. 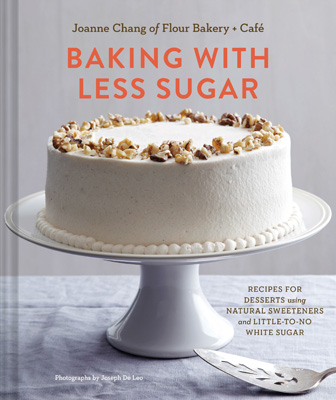 Certain desserts just don’t seem destined for a low-sugar makeover. I didn’t even attempt to make angel food cake—which relies on sugar to stabilize the egg whites in the batter—or caramels—where sugar is the main ingredient. One of my pastry chefs Jon and I were tossing around other desserts that would be difficult to make with little sugar when he piped up, “MONKEY BREAD!” We both stopped for a second and looked at each other—and the challenge was on! Monkey bread, accord­ing to most theories, gets its name from the little balls of dough that bake all together and then you pluck them one by one to eat them, similar to a monkey who likes to pluck at, well, everything. The bread dough is a simple, rich dough that gets dipped piece by piece into butter and cinnamon sugar. Before baking, you pour a cream-butter-sugar mixture over the whole thing and it bakes into the dough, leaving a light caramel topping on the little breads. It’s definitely not as gooey and tooth-achingly sweet as a traditional monkey bread recipe, but it is crazy delicious. After a while Jon and I kept making this under the guise of “more test­ing,” but in reality it was just because we loved eating it so much.