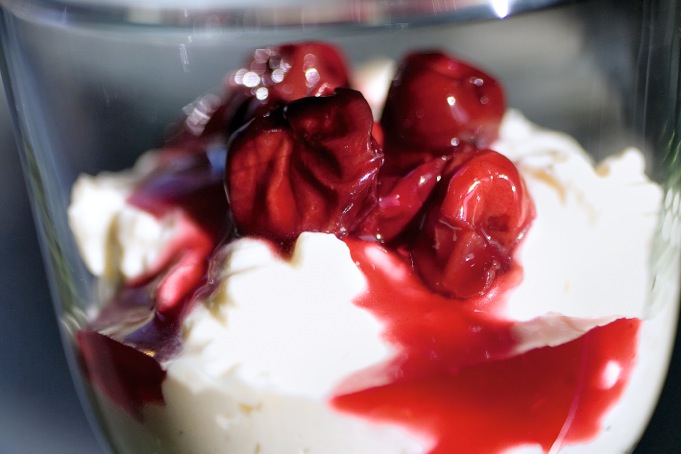 A creamy rice pudding with a holiday-red cherry sauce would be a welcomed site on a holiday buffet. This version comes from The Scandinavian Kitchen

by Camilla Plum. The book is packed with images, recipe and stories that draw you into a Northern European world. The food, indeed many of the ingredients, are not the typical kitchen or farmer’s market items for us North Americans and the book reads quite educationally while always remaining entertaining. The subtitle is “100 Essential Ingredients and 200 Authentic Recipes and you can treat it as a primer of this wonderfully diverse world of cooking and baking with lingonberries, gooseberries, elderflowers, fish of all kinds, skyr, a versatile soft cheese, breads and cookies redolent with cardamom and black pepper, and meats, poultry, game and offal. The Scandinavian Kitchen

would make a nice holiday gift for someone interested in the cooking of this part of the world, which is so hot right now.

Excerpted with permission from The Scandinavian Kitchen 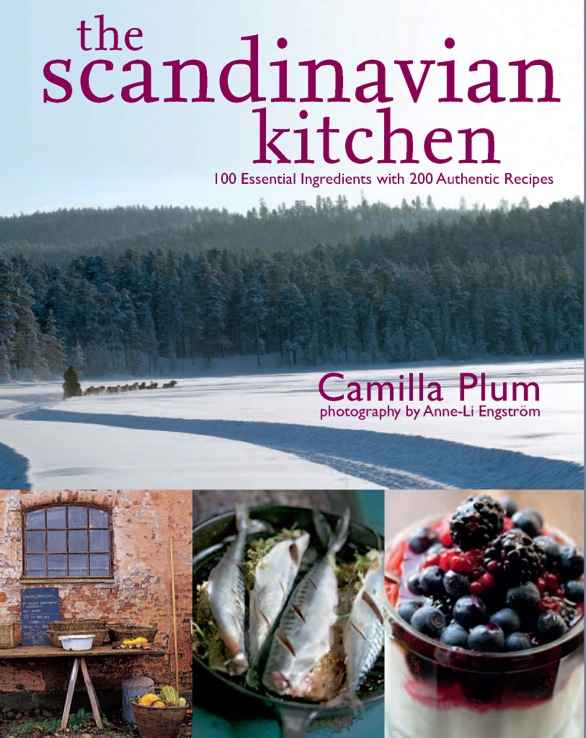 Rice pudding itself is eaten frequently during the winter as a main course, dusted with cinnamon and sugar and with a generous blob of butter melting in the middle. It’s solid winter fare, and filling, but not for very long—we usually have evening tea with some bread and cheese later on.

Eating rice at Christmas is a tradition from a time when everything imported, like rice and spices were luxuries. This almond rice pudding, (riz à l’amande) is relatively new, a bourgeois revival of the peasant hot oatmeal, and in the country it’s still usual to eat ordinary creamed rice for Christmas Eve dinner, either as an appetizer, as in former times, or as a dessert. It’s an age old custom to make sure the resident Nisse is well fed during Christmas. Lots of people, including my family, put a bowl of hot rice pudding in the attic on Christmas Eve, just to make sure. Riz à l’amande is lovely, and very rich, and actually not the kind of dessert I would normally recommend you eat after a heavy Christmas dinner of goose, duck, or roast pork. Tradition must not be tampered with, though, so in my family we usually eat it for breakfast the next day, in order to be able to go through with the traditional dance around the Christmas tree.

We have a tradition, similar to that of hiding money or some other treat in the Christmas pudding, of including one whole almond in the dessert. This takes skill, as there is always someone most in need of winning the “almond gift,” and you have to make sure— very discreetly—that the right person gets it. The thing not to do is make a huge bowl of riz à l’amande and put the whole almond in at random. It always ends up in the last spoonful, even if this is not statistically possible, and everybody gets a stomach ache from eating too much. Instead, serve the pudding in individual glasses, in small portions. The gift can be anything, but often it is a homemade piglet, made from marzipan, with rosy painted ears and snout.

The classic accompaniment is hot cherry sauce, a glass of cherry brandy, or a fine tawny port.