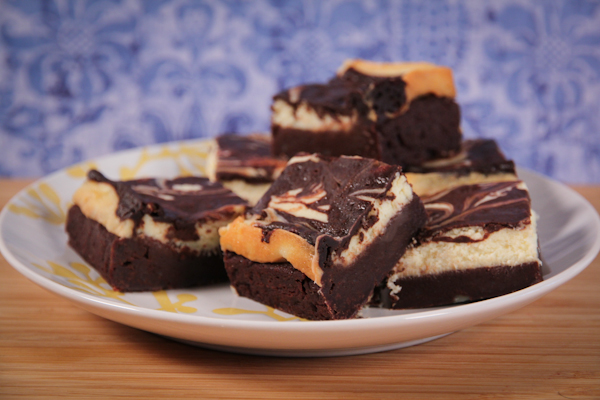 Many cheesecake brownies have a swirl of brownie in the uppermost vanilla-cheesecake layer. Well, we figured there is brownie down below and what we want from the top portion is ultra-creaminess – that’s how the idea to swirl chocolate ganache into the cheesecake was born. One word: decadent. Below, you can see what it looks like after drizzling the ganache on top of the cheesecake. 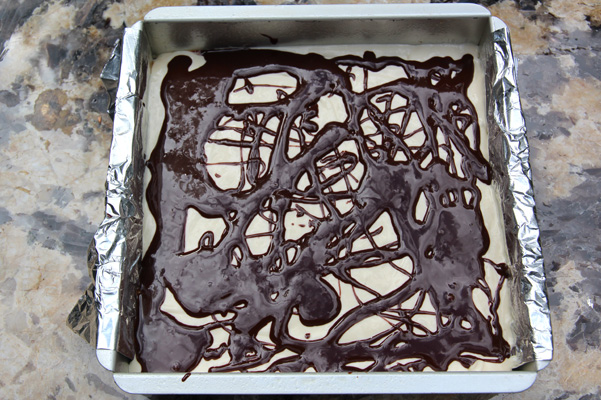 Then, very gently swirl in the ganache, but don’t over-swirl or you will lose the black and white contrast.