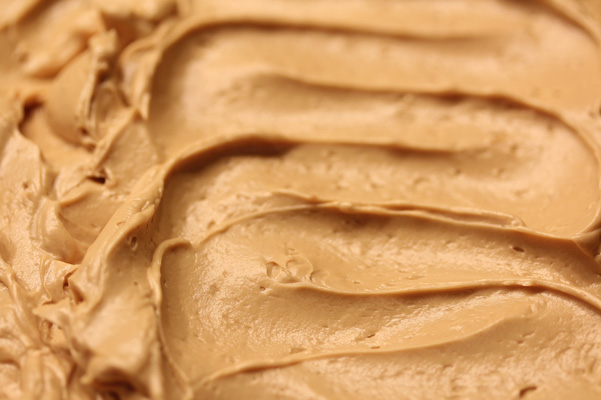 Do not confuse this with caramel frostings and icings, which develop a hard crust and act as more of a glaze. While all of these recipes share a rich caramel flavor, this one is a true caramel buttercream. Incredibly silky smooth but with that burnt sugar flavor we caramel fanatics crave. I admit this buttercream is persnickety. It is very sensitive to temperature. Emphasis on Very. I have included some before and after pics so you can see that indeed, all is not lost if it doesn’t come together for you initially. 99% of the time the mixture is too cold. Read the instructions through thoroughly and you will understand what I am referring to. If you are familiar with making Italian Meringue Buttercream then this will be easy for you. Don’t give up! You will be rewarded with an incredibly elegant, true caramel buttercream. Try it on white, yellow or chocolate cakes – or even banana cake (as seen below). 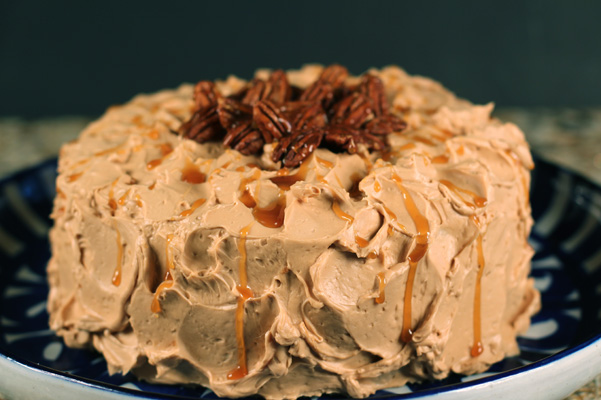 Refer to the Italian Meringue Buttercream recipe for tips on handling the temperature issues and how to re-constitute after refrigeration, if you decide to make it ahead.


Below you can see the “curdled” stage. This is after butter has been added, but the mixture is still too cold. 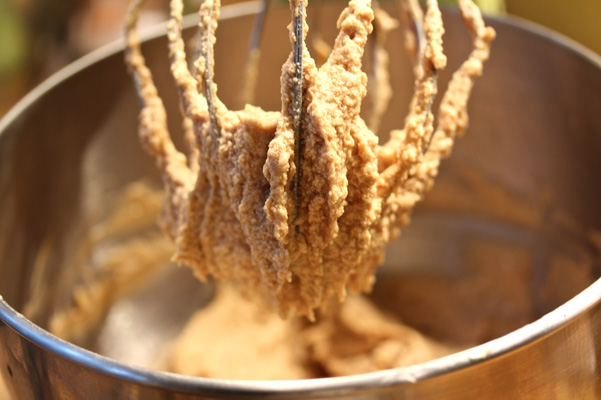 Following the directions in the recipe, the image below shows the same buttercream less than 5 minutes after the above image was taken. I removed about a cup of the buttercream, microwaved it until very soft, and then used that softened buttercream to seed the whole batch. It was still a little “curdy”, so I repeated the microwave step 2 more times. Voila! As you can see below, it turned super smooth and ready to use in very little time. Don’t give up on this one! 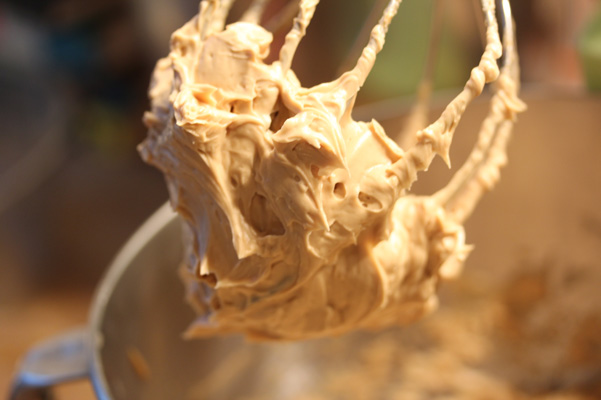