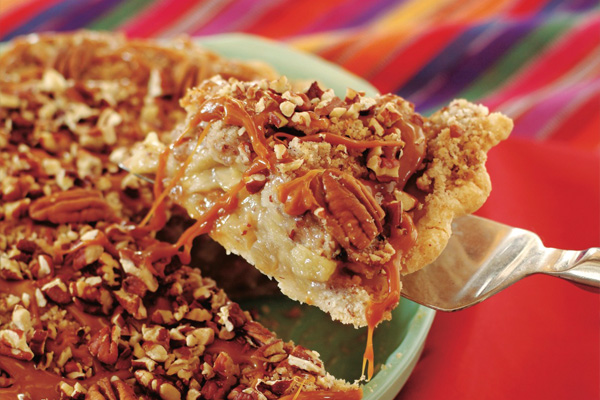 Ken writes: A reporter from a large Illinois newspaper asked me if I thought the current caramel apple pie craze had anything to do with the resurgence of pie making in this country. I was clueless about the caramel apple pie craze, but I launched into a dazzling answer, as if I had been personally responsible for starting it. Then I hung up the phone and quickly started inventing my own recipe, basing it on one the reporter had recently tried and fallen in love with. So here is my version of caramel apple pie, which has a pecan crumb topping covered with a layer of caramel and pecans. It has great eye appeal—just like a caramel apple—and the pecan, apple and caramel flavors couldn’t be more delicious together. So have at it—and just remember, you read about it here first.