Rosetta Costantino gives the best directions for making cannoli at home that we have ever come across. Every step is explained in detail ensuring excellent results. We know you will have success with this recipe from Southern Italian Desserts and a whole lot of fun, too. 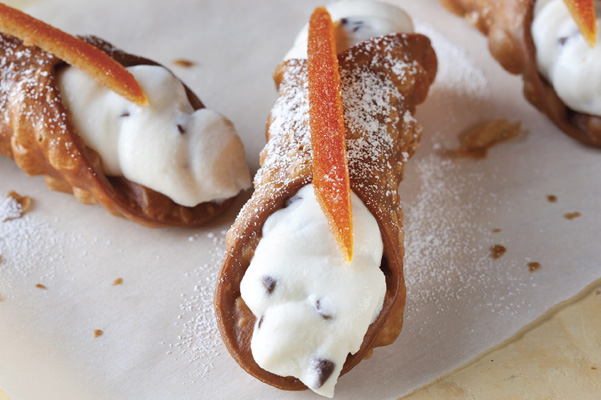 Cannoli are found all over Sicily, but my favorite are the ones found in and around Palermo. As with many Italian dishes, there is much debate about the dessert’s origin, with most lore focused on Carnevale and the sweet treats created in convents. The name cannolo (singular of cannoli) is likely derived from the Italian word canne, the giant bamboo, Arundo donax, which grows wild all over Italy. Separated by joints about every 8 inches, the reeds make perfect forms for frying the shells. I still use my traditional canne forms, but the forms made from tin or stainless steel you are likely to find at your local cookware store work equally well.

You will find cannoli variations all over Sicily, with most of the differences in the filling. Across the island, you will find it with cinnamon or various candied fruits in the filling. There are also variations in the decoration of the finished cannoli: they might come with candied orange peel in Palermo, or the ends might be studded with a cherry or dipped in chopped chocolate or the local pistachios in Bronte. The simplest filling—and my favorite—is the one found in Palermo.

The crispy, blistered shells are created with the addition of either vinegar or Marsala wine to the cannoli dough—sometimes both. The recipe comes from a cousin of my mother-in-law, who worked at Caflisch, Palermo’s original Swiss pastry shop, in the 1950s and ‘60s. I’ve substituted butter for the strutto (lard) and made some minor adjustments to produce cannoli that are even better than the ones I remember in Sicily. Using a pasta machine is the best way to roll the dough. The dough may be made ahead and frozen, well wrapped in plastic wrap, for up to 3 months; thaw overnight in the refrigerator before rolling.

For more help on making great cannoli, see this Tip. 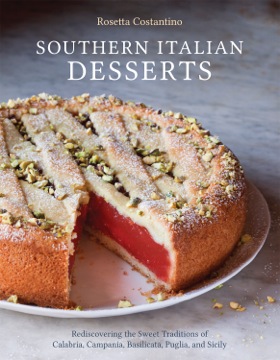