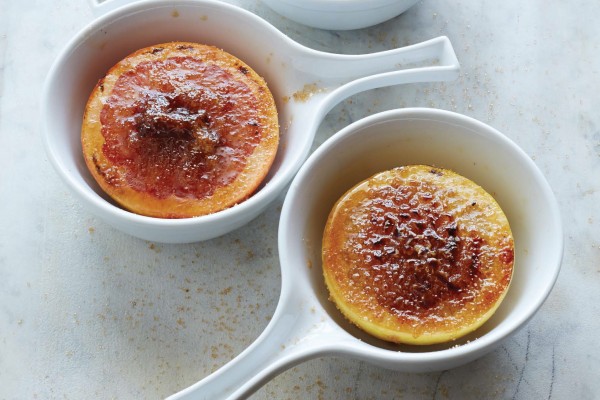 My Nana and my Mom liked to eat grapefruit halves. Each of them had a special knife in their kitchen, gently curved with serrations, that was used just for sectioning the bits of tart/sweet fruit for easy eating. I was almost more fascinated by the tool than enamored of the fruit, which was a bit too sour for a young kid. Then one day I came across a recipe for broiled grapefruit. Sugar was strewn on top and the entire thing broiled until the sugar was crunchy. This blew my mind. It was adult license to take spoonful’s of sugar and just laden them on top of the fruit. Sounded good to me, and I was. For some reason this old-fashioned treat fell by the wayside. Here, Valerie Aikman-Smith and Victoria Pearson use turbinado sugar and a bit of cinnamon for added interest. Check out their Candied Chocolate Mandarins, which are also from their new book, Citrus: Sweet and Savory Sun-Kissed Recipes. 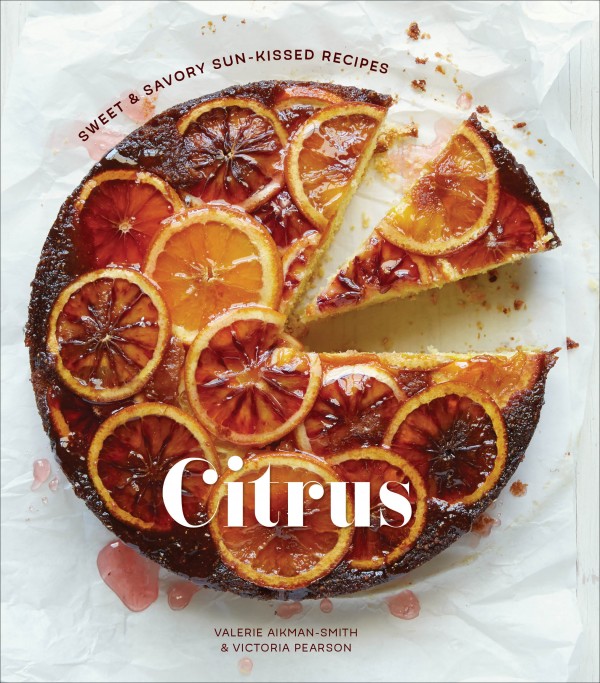 Victoria’s garden is full of grapefruit trees, among other citrus, and this is one of her favorite ways to eat them. Broiled until the cinnamon-sugar topping caramelizes, the grapefruits are served warm and sweet. Offer them at breakfast or brunch or as a quick dessert for a weeknight get-together.