The Ronni Lundy Interview: All About Sweet Sorghum Syrup - Bakepedia

The Ronni Lundy Interview: All About Sweet Sorghum Syrup 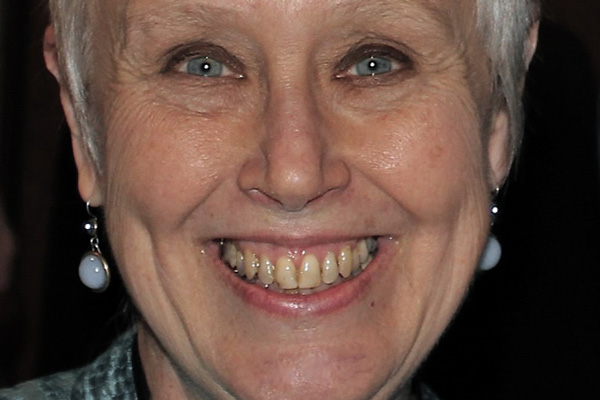 Ronni Lundy has written a book called Sorghum’s Savor, which brings us the history of this classic southern US sweetener, along with recipes both savory and dessert focused. There has been much media recently on alternative sweeteners and there is a lot of confusion about what sorghum syrup is, and we thought who better to set us straight. Here is our chat with Ronni.

Dédé Wilson: Ronni, thank you so much for chatting with us. In the last few months we have been seeing recipes featuring sorghum left and right. To what do you attribute this recent interest? Obviously you were ahead of the curve, as you must have had your book in the works for a while…

Ronni Lundy: Thanks for having me, Dédé. And you’re right that I’ve wanted to write this book for some time. I was lucky to have been born into sorghum syrup culture in the Appalachian South. I was familiar with its intriguing flavor profile from early on and so it was in my culinary vocabulary as well as my pantry. I started playing with it in recipes almost as soon as I started cooking on my own and I discovered how versatile it is, and what a natural enhancer of other flavors. That’s one reason it’s become so popular now with contemporary chefs. Sorghum syrup can move across a spectrum of cuisines. Of course, chefs had to taste it to know this and so had to seek it out. I think sorghum syrup’s “discovery” has a lot to do with our interest in finding authentic local ingredients. For chefs working in or near the mountain south and certain pockets in the midwest, sorghum syrup can be found at farm stands, much the way John Fleer and Edward Lee describe discovering it in Sorghum’s Savor. Sorghum making is still an annual ritual with a lot of cultural resonance, as well, so it comes with a story—all attractive to contemporary cooks.

It was fascinating to read in the beginning of your book how even those in the industry sometimes call sorghum by the word “molasses”. My fiancé grew up in Memphis and I asked him if he had grown up with sorghum. He said no. But then he said they always had molasses around. Who knows what he was eating! Talk to us a bit about the terminology and what folks should look for if they want to buy true sorghum syrup.

Yes. My family called it molasses, for short, or sorghum molasses and I grew up thinking all molasses was sorghum. In fact, molasses is actually the by-product of making sugar, the liquid left when the crystals form. It cane by bottled immediately or boiled further to intensify its minerality. It’s got the same dark notes as sorghum syrup, but the flavor is much less complex and nuanced, and molasses also often has a brackish backbite.

Sorghum syrup is produced with sweet sorghum cane—a relative of grain sorghum, but a variety of the plant that has a sugary juice in its stalks—is pressed to release that juice, and then the juice is boiled and skimmed to make a syrup. It’s not the by product of another process, it’s the point.

Do you have some favorite online resources for ordering?

Muddy Pond Sorghum at makes a beautiful product and they have been selling online for many years. They are a great gateway to appreciating sorghum. The NSSPA, mentioned above, also has an annually updated list of members who sell online. I also urge folks to try to find out if someone in their area is making it.

If a home baker has a recipe at home that uses a liquid sweetener, and they want to try substituting with sorghum syrup, what are your recommendations?

Sorghum syrup can make an equal exchange for molasses or honey, although some sorghum is sweeter than some molasses. It’s not a given and not a problem in a recipe where molasses is one of many ingredients (like BBQ sauce). In a recipe where molasses is at the forefront, taste the sorghum. If it seems dramatically sweeter than you associate with molasses, you may want to reduce it by a quarter. Then again, you may want that extra sweetness. I’ve been using sorghum in old candy recipes that call for corn syrup lately—again an equal exchange, but it gives a lovely golden note to the finished flavor.

What is a recipe that you would never make without sorghum and what is one that you have recently discovered is improved with its inclusion?

I would never make a pecan pie or any of its kin without sorghum again. The buttery, tangy aspects are the perfect balance to the intense sweetness. Writing this book, I fell in love with Splendid Chai—the classic Indian spiced tea. That led me to experiment with it in other masala seasoned recipes, and I’ve not been disappointed yet.

We are featuring your Sorghum Bourbon Pecan Pie and the Gravy Horse (with Ouita’s Biscuits). Any extra tips for these recipes?

Make sure to make plenty.

Ronni, thank you so much for your time and we wish you all the best with Sorghum’s Savor.

Dédé , it’s been my pleasure. Thank you so much.

Kyotofu – an Interview with Author and Tofu Expert Nicole Bermensolo
The April Peveteaux Interview: Is Gluten Your Bitch?