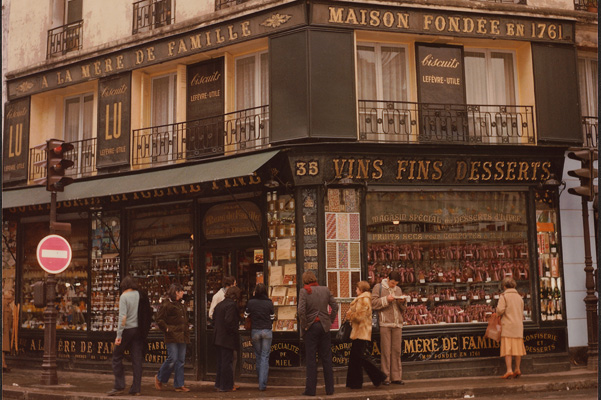 French culture is in my blood. My name, Dédé (pronounced DayDay) is French. My father lived in France for decades and was actually engaged by the OSS and later the CIA because he was an American who could speak French with no discernible foreign accent. I grew up with French language in our household, an abundance of French food and several trips to France as a child. My interest in desserts came early and so when this book, A la Mere de Famille, came to my attention and introduced the fact that there was a confectionery store in Paris that had been around since 1761 that I had never heard of, I was a bit surprised. As I delved into the book and the history, all I could think about was visiting and experiencing it for myself. 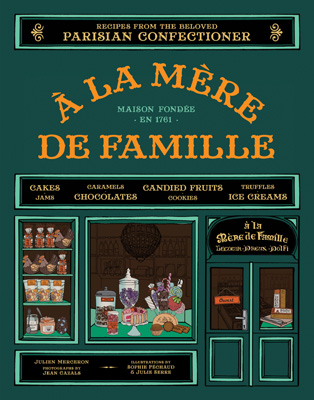 Luckily for us this book is not only filled with recipes but tons of history and background, of both the physical location as well as the families that have kept the store going since the time of Napoleon. Kudos to the publishers as the design and format come together with the text and images to beautifully recreate the feel of a classic Parisian institution. The page edges are dyed a rich orange to capture the color of the store’s ribbons, which are used to tie up one’s purchases. The rich green cover visually mimics the storefront, each depiction of a window featuring one of the sweets inside. Every city has its own flavor, and if you have ever been to Paris you know the “je ne sais quoi”, the “I-don’t-know-what” quality that makes each and every storefront and shopping experience so Parisian in nature. This book captures that essence. And if you have never been to Paris, then this book will provide some armchair travel. 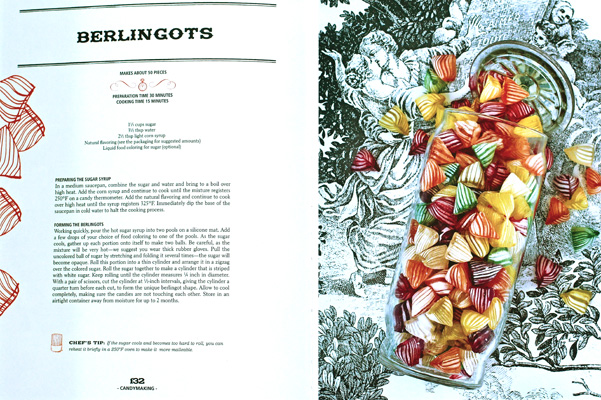 This book exudes what it is to be in Paris and visit a confectionery shop. The recipes are presented in chapters such as Chocolates, Candy Making, Candied Fruits and Such, Cookies, Tuiles and Meringues, Jams and Spreads among others. 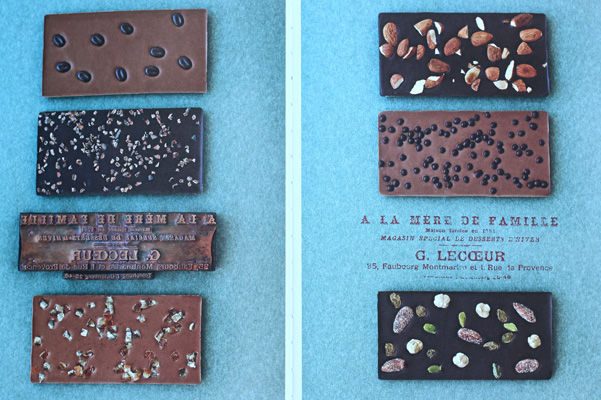 The photos are straightforward, highlighting the item at hand such as Rochers, Black Current Marshmallows, Pâte de Fruit, Sablés Breton, Candied Kumquats, Morello Cherry Financiers, various flavors of Caramels, Chocolate Mendiant Lollipops as well as the Calissons and Montelimar Nougat, recipes for both of which we have included. But what brings the book alive is the timeline that is sprinkled throughout the book. 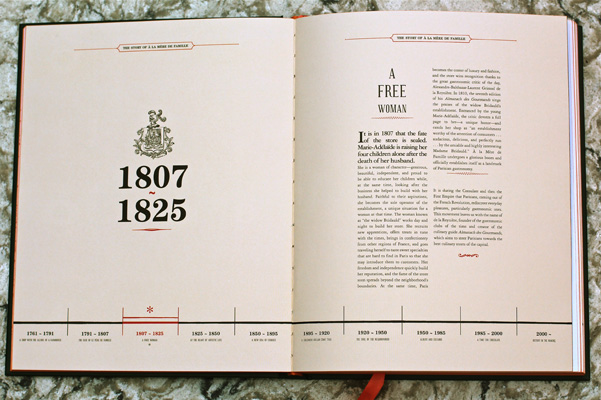 Covering 10 time periods it begins by introducing the advent of the store in 1761 when Pierre-Jean Bernard discovers a small farm on what is now the Rue de Provence in the Faubourg-Montmartre area. He opens a grocery store – an ancient régime – that belongs to the apothecary guilds. With tiny wood hewn rooms and a dirt floor he sells everything from hams from Bayonne to vinegar, flour and a selection of sugared almonds, jams and pastries. The business thrives, he marries and his wife Marie-Catherine Fossey joins him in the day-today affairs, they expand and put in a confectionery counter in 1779. 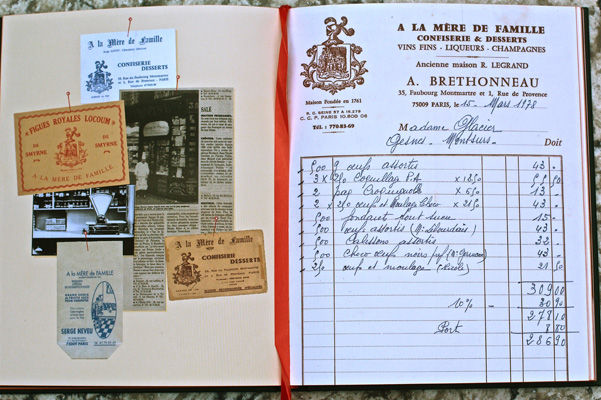 Their three daughters become involved. One marries into a family of grocers and she and her husband eventually take over the store in 1791. The daughter met an untimely death but the husband continued to run the store along with one of their daughters. When he remarries, his second wife Marie-Adélaïde Delmarte becomes the iconic figure associated with the store. By 1807 her husband has died and she not only carries on the store’s tradition, but brings it to new heights by working day and night. She lures apprentices, stocks confectionery from all over France introducing them to Parisians. She becomes a critic darling and the store establishes itself as a landmark. 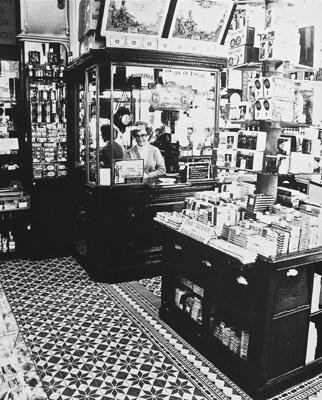 The store passes in and out of families. In the early 1900s a young boy who loves the store tells himself that one day he will own it, and it comes to be. The history of subsequent generations running the store continues, and in one case it is an adopted daughter and husband who carry on the legacy. These timelines are sprinkled with details about what each subsequent owner brings to the store. In one instance brochures and advertisements are begun for the first time; for another it is the inclusion of international confections. Another owner wins awards for jams. During WWII the windows are whitewashed, but the store continues to provide rations. No matter who has been at the helm, preserving the look, feel and soul of the store has always been a priority and in 1984 it was listed in Paris as a monuments historiques. Today it is owned by Etienne Dolfi and his three children, Sophie, Jane and Steve. Confectioner and chocolatier Julien Merceron is producing classics as well as new sweets, maintaining legacy and creating heritage. There are now several locations but if you are lucky enough to be in Paris, a visit to the original is in order.

The book’s recipes are brief, in some cases deceptively so. This is not a beginner’s book but if you like French baked goods and candies and have a love of French culture, particularly when it relates to food, this book is highly recommended. It is one of those books that could be considered a “coffee table book” as perusing it for sheer pleasure is enough of a satisfying experience, but it also happens to hold delectable recipes. Use this book in and out of the kitchen.