A Centennial Farm of Georgia 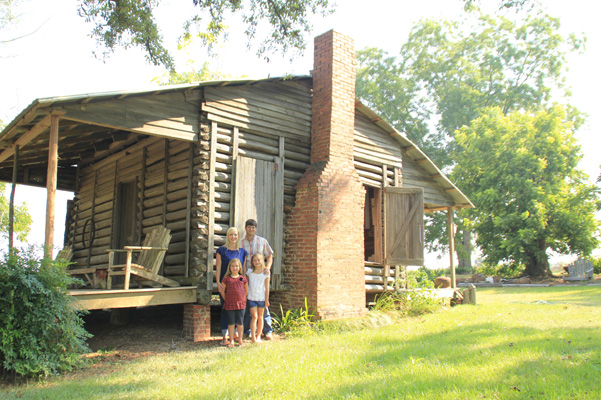 Our Test Kitchen was sent a care package from Oliver Farm near Pitts, Georgia. This Wilcox County farm was named as a Centennial Farm by the state of Georgia denoting the fact that the working farm has been owned and operated by the same family for 100 years or more. That’s Clay Oliver and his family in the image above. 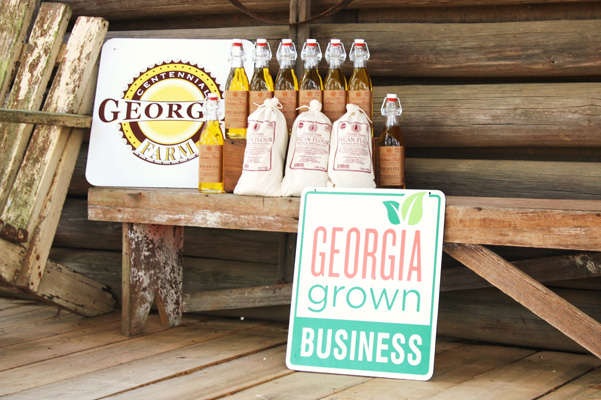 It all began in 1903 when the land was purchased by Daniel Henderson Watson; the farm is currently run by the fifth generation. They have grown crops such as cotton, peanuts, grain sorghum, rye, soybeans, and sunflowers and have tended both beef cattle and swine. Several original buildings are still in use, including the log cabin home and kitchen built by D.H. Watson. 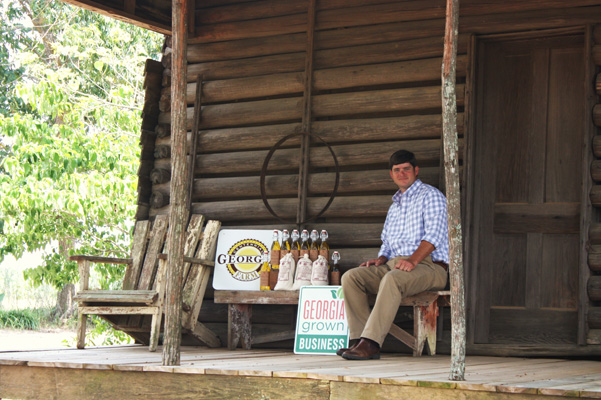 Now they are offering Pecan, Sunflower and Peanut culinary oils that are cold pressed and unrefined, which preserve their flavors and nutrients. Plans are in the works for more oilseeds to be used in the future. They also have Pecan Flour.

We received a bag of the pecan flour as well as a bottle of each of the oils. The packaging is simple and attractive and evokes the setting from which it came. Great branding for the farm. 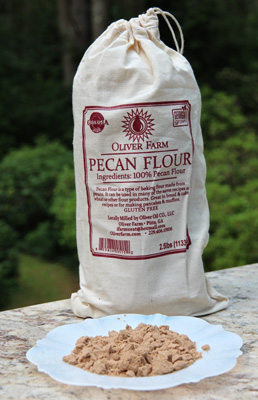 In my mind I assumed the pecan flour would be a finely ground meal, but upon opening the bag I realized it was indeed an actual flour, very finely milled and powdery. I was excited to put it to use.

My first attempt at making pancakes with 100% pecan flour was a disaster. The flour is very absorbent and my attempted ratios with egg and liquids were way off. I had in mind that I wanted to create a gluten-free pancake, so I tinkered and decided to go with a combo of oats and pecan flour and it worked beautifully. The buttermilk gives a little tang, moisture and lift. These come together very quickly in a blender. Serve with real maple syrup, of course. Now that I had the hang of the flour, I put it to good use in the Test Kitchen – make sure to check out the Pecan Flour Buttermilk Pancakes, Coffee Pecan Shortbread Cookies, the Browned Butter Bourbon Milk Chocolate Chip Cookies with Pecans, Pecan Pat-in Crust, Vegan Chocolate Pudding Pecan Pie and the Triple Chocolate Brownies with Pecan Flour.