Get Baking with Nestlé Toll House 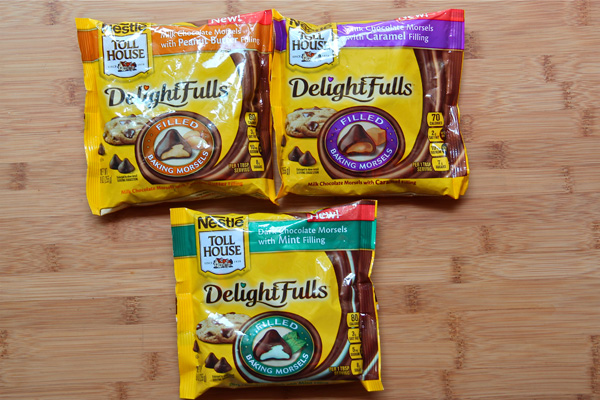 Dédé got a sneak peek in the Nestlé kitchens and was surrounded by delicious baked goods featuring the new morsels. 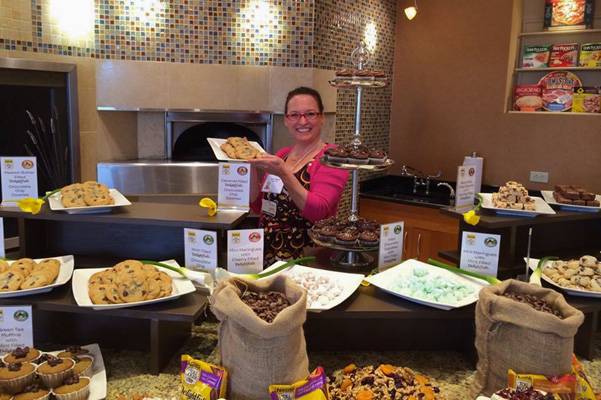 Each morsel looks like a traditional chocolate morsel from the outside, but then inside is the flavorful center, clearly delineated when you bite into one. They will be available mid-August nationwide and the 9-ounce package will retail for $3.49. Imagine the cookies and other baked goods you can come up with in your kitchen! 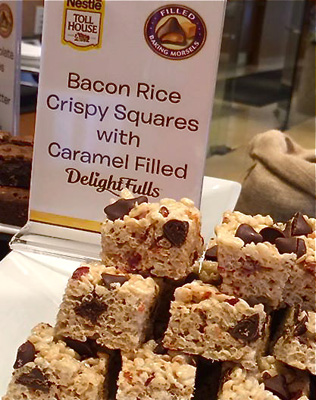 Dédé got to put them to use with a team of journalists and chef Amanda Rockman of Nico Osteria of Chicago. We came up with a take on the classic clafouti, but instead of fruit we used the Milk Chocolate Morsels with Caramel Filling DelightFulls. The clafouti had the morsels baked within the batter and then we topped each individual portion with a smidge of dulce de leche, honey vanilla bean whipped cream, and crowned it with chopped Marcona almonds spiced with cinnamon and ginger. 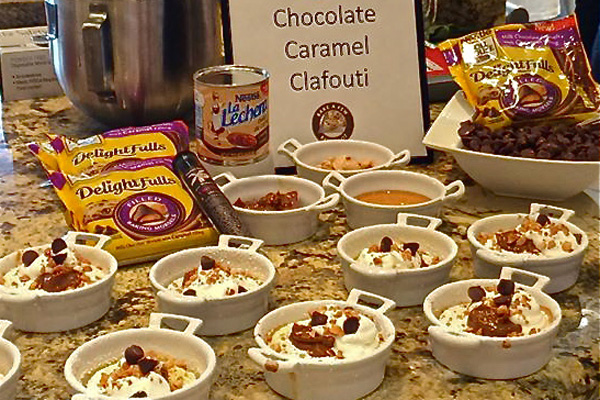 It was so freakin’ good! And we made it in less than 10 minutes! Maybe I will re-create the recipe for Bakepedia… 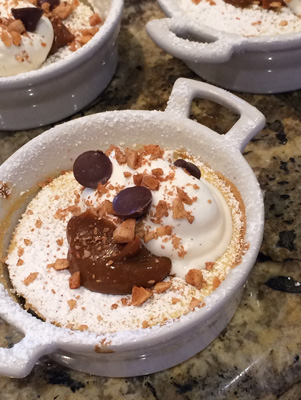