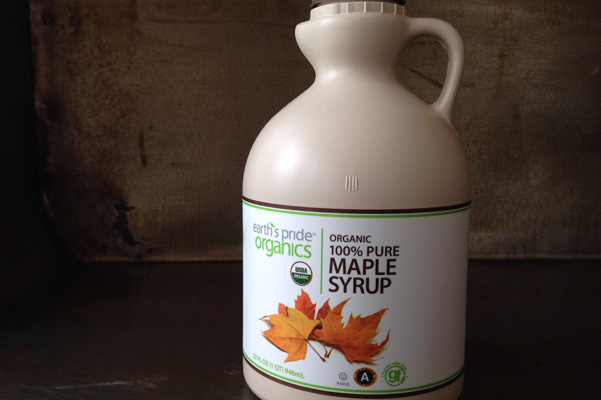 The Bakepedia Test Kitchen is in New England and this time of year brings us thoughts of everything maple syrup related. Even though we had an unusually warm winter, maple syrup season 2016 is on tap (get the joke?) to be one of the best ever. Apparently once the taps were in the trees the weather was really optimal. Burr Morse, owner of Morse Farm Maple Sugarworks in Montpelier, VT explained that ideal weather conditions for sugaring hover around daytime temperature in the 40s and nighttime temperatures in the 20s. He also said that having more winds from the west and north help the maple flow since “the sap flow has to do with atmospheric pressure, and the pressure inside the trees has to be better than outside.” The weather has been just so. Another producer in Bennington VT, Keith Armstrong, in the southern area of the state has said that this year “was the second-best season we ever had.”

Now, we love pure maple syrup on pancakes as much as the next person, but we also like baking and cooking with it. Here is our take on a gluten-free Browned Butter Maple Nut Bar. It is soft and a bit cake, with pure maple flavor and crunch from the nuts.