Chambre de Sucre’s Journey from Japan to the US

I was attending a culinary industry event a few years ago when I came across a vendor table festooned with the most beautiful tiny sugars. Cubes, pyramids, globes, loose crystals, petite flowers and tiny animals; I had never seen anything like them and never forgot these little sweets. They were from Chambre de Sucre, an amazing Japanese company that is 17 generations old. Today, Lisa Kunizaki tells us about a fascinating line of products and how she brought them to the States. 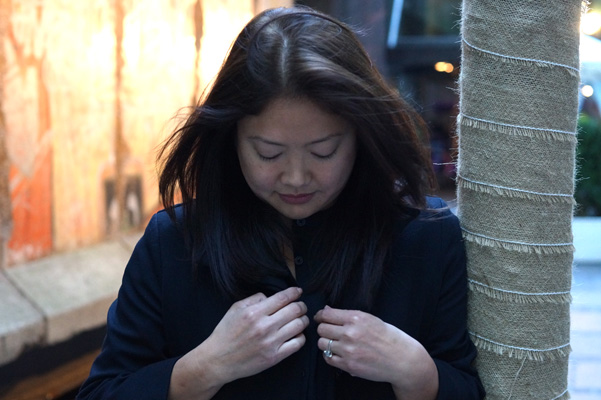 Lisa, I am so thrilled to finally be speaking with you. When I saw your little sugars I was entranced and knew I had to learn more about them. They are art as well as food.
Thank you Dédé. I feel the same way about these sugars and I love telling the story.

Dive right in. We’re all ears.
I was born in the States to a Japanese father and a half-Chinese and half-Ecuadorean mother. I spent the summers with my Japanese grandparents from the age of 5 onwards and was immersed in Japanese culture, which is why I am able to represent these amazing sugar products today.

Did you like these visits or did it feel like you were being sent away?
Oh, I loved it. My trips always corresponded with ochugen, which is a time of giving thanks [and dates back to the Edo era 1603-1868]. You present gifts to teachers and doctors, your boss, coworkers – anyone you want to thank from throughout the year. Students visit teachers’ homes and bring gifts. My grandfather was a professor, so my grandmother always made sure we had nice things to offer these visitors. We would offer tea and coffee, which was a luxury, and bring out the finest china and linens, pick fresh flowers, and I always felt so transported.

Everything was so fancy and we always had these little sugars on the table. By the way, the tea wasn’t Japanese tea. We would serve Western-style tea. Earl grey, English breakfast with milk and the sugars, this was the stuff you saw on TV, fancy English tea cups and teapots. My grandparents had a parlor – a tea room – and we would recreate that elegant feeling that we so admired.

So these sugars you represent today were a product from your childhood?
Yes, and one I was very familiar with. We would serve them year after year and I was always so fascinated by them. The way we would prepare these offerings, it was all about the experience. We took great care to make sure that our visitors felt special. Like an effort had been made and these sugars were part of that.

Tell us more. They are obviously beautiful, but what about the actual sugar itself?
They are an artisanal product all made by hand from very high-quality sugar. The Emperor and Empress of Japan have used our sugars since the time of the Shogun. This is one of the things that attracted me. That it was a traditional product that had history and was luxurious but that could be accessible to everyone. 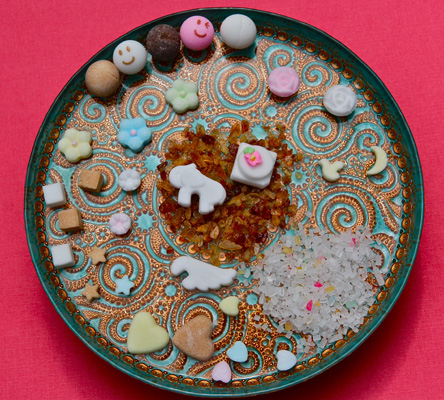 So how did you and these sugars come together professionally?
I told my dad I wanted to bring those sugars to the States. He said this is going to be tough, they had never left Japan and they didn’t need to [for business]. This was an old-fashioned family. The company was over 270 years old. The 17th-generation first-born son is the President now. They are one of oldest family-run businesses in Japan. But the current President is around my age and we thought maybe he would be open to this.

Did your dad contact them?
Yes! It was proper protocol to have it be man to man. Both my dad and the President were engineers by trade. He probably wouldn’t have given me the time of day. They met for drinks and after a while my dad told him that it was actually his daughter who wanted to run the business. At first he had been interested, but now he was saying no.

Well, we know this ended well, so how did you convince him?
I started courting him. I sent handwritten letters and gifts and notes for six months. He finally asked me if I really understood his product, that it wasn’t just sugar and I said, “Yes, I do!” He put me through the wringer. It was a serious interview. It was about the sugars as much as it was about how much I love and know Japan. There is so much national pride. Thanks to my summers with my grandparents, and my obvious knowledge and love of Japan and his sugar, he said he would give me a year.

That’s not much time!
Nope, not even really enough time to get product shipped! And he wasn’t going to help at all. Not with catalogs, photographs – nothing. He was like, “Prove yourself!” So I said, “Okay, give me five years.” He didn’t counter with anything, probably because he had nothing to lose. He told me recently he didn’t expect me to do anything with this.

So what happened next?
I got busy! Photographing products, creating a catalog and choosing the name, Chambre de Sucre! They wanted my business to be separate from theirs. I thought, what is more romantic and evocative than a sugar room, a room full of sugar? I went with the French words, as they evoke fancy tea parlors with tiered silver trays and it was the image of luxury that I wanted. We finally launched in 2011. It was a slow first six months. I was making cold calls. I sent a handwritten note and some sugars to Florence Fabricant at the New York Times offices, then three days later I got an email saying they were doing a review! After that came Real Simple, Brides, Saveur and lots of bloggers. I didn’t have money to advertise anyway and here was a product unlike anything anyone here had seen, and it struck a cord. It’s artful and functional. We are currently in 40 HomeGoods stores, and beginning on December 30th, our Color Sugar Balls will be in every single Crate & Barrel across the U.S. We are doing exclusive gift sets for Hallmark’s new concept store slated to open near their headquarters in Kansas City.

[Ed. Note: we have edited this interview for length, but we want to try to impress upon our readers what a really long road this was for Lisa and her company. For her to convince a traditional Japanese family-owned company to let an American-born girl to steward their product is nothing short of a miracle – or rather, it was acute business acumen and a real and true understanding on her part of the product and the culture from which it came.] 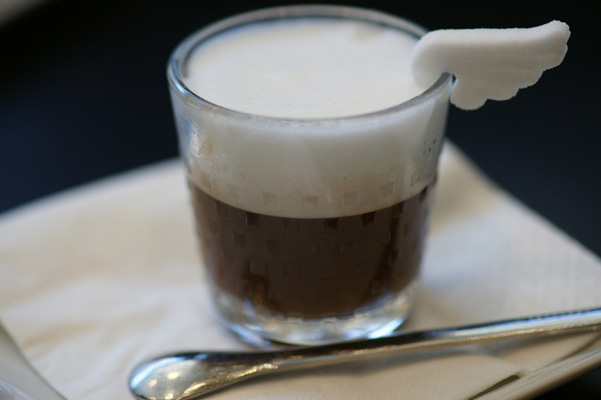 Lisa, when you sent me your samples it was like Christmas morning opening up all the little packages. But as you said, these sugars are art and function. They adorn the table with style and beauty but they add to our enjoyment of our beverages, too. I am partial to the angel wing cup-huggers. Unique!
(Laughs) People keep asking me why there are only cats and why there aren’t any dog cup-huggers. We have to work on that! [The cup-hugger line includes angel wings, cats and elephants.]

Well, as a dog person, keep me in the loop on that! Lisa, thank you so much and we wish you much luck with Chambre de Sucre.
Thank you, Dédé. I am so grateful for your appreciation of our product.

You can find purchase these products directly through Chambre de Sucre.