Make Sure To Use Real Maple Syrup 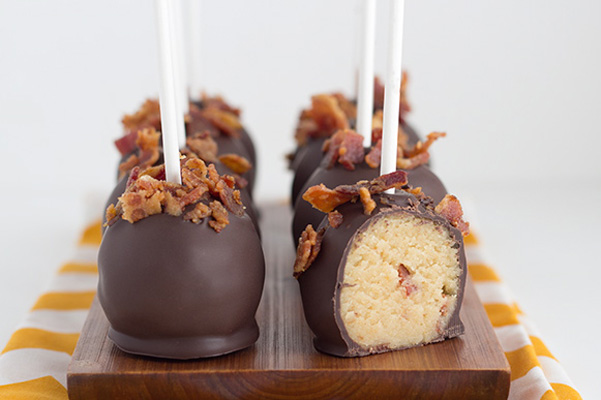 Is it my imagination, or does maple go with almost everything? From sweet to salty to savory, it seems like adding maple always enhances the flavors. The next time you get a maple craving, don’t just default to pancakes with maple syrup. Here are 12 recipes from around the Internet that prove how versatile maple flavors can be!

Maple Bacon Cake Pops via Cookie Dough and Oven Mitt (as seen in our main image, above)

Like all combinations, chocolate and bacon isn’t for everyone. But for those who dig it, here’s a recipe for some maple morsels covered in creamy chocolate and crisp bacon.

Maple Pecan Mini Cheesecakes via Will Cook for Smiles

I love this maple pecan mini cheesecake recipe because the cheesecakes are so simple, but the topping looks so delicious! And if you don’t want the mini version, there’s an alternative suggestion for a full-sized cheesecake.

Whip up a batch of this over the weekend for a quick breakfast on weekday mornings. How good does that glaze look, and how tasty would this be warmed up with some butter?

Bacon Cinnamon Buns via Poet in the Pantry

The maple-bacon craze has really taken over in the past few years, but I’m certainly not going to complain! This recipe combines all sorts of perfect breakfast elements: cinnamon rolls, bacon, and maple syrup. Yum.

These look incredibly dangerous. All soft and chewy with that maple bourbon glaze on top? It might be hard to stop after just one.

I’m a sucker for a good peanut butter cookie, but I never would have thought to top them with some maple glaze. That combination of flavors sounds so yummy.

Looking for some ice cream to accompany a pie or cobbler that has a little more punch than regular vanilla? Why not give maple a shot!

These cranberry maple walnut scones are big, beautiful, and begging to be devoured with a cup of coffee. I love the maple drizzle with crushed walnut topping! 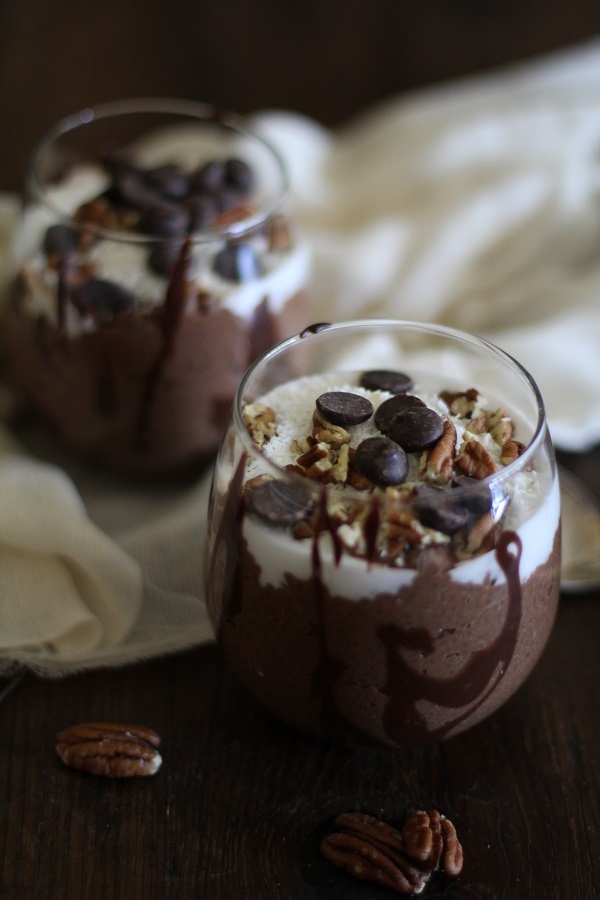 If you’re looking for a dessert on the healthier side, it seems impossible to go wrong with this one. Chocolate, coconut, and maple to make everything sweet? Sounds good to me.

You might want to put this recipe in your memory bank for fall when you can go pick your own fresh apples. But there’s no harm in testing it out now! Check out that moist, fruity cake and that generous layer of glaze.

Looking for something small and sweet to nibble on? These little maple meringue sandwiches should do the trick! 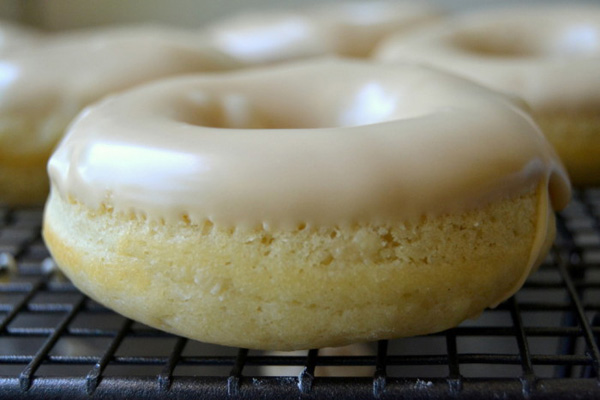 Of course, where would we be without maple doughnuts? If you’ve got a houseful of big doughnut fans, this is a great recipe to make them happy on Sunday mornings!