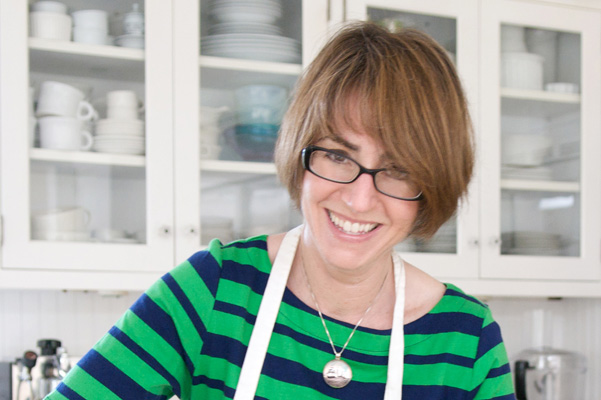 When I had visions of Bakepedia dancing in my head I always knew that I needed another person by my side to create original content. Kick-ass content. Our motto is “Helping Bakers Succeed,” so I needed recipes that would work and truly speak to our community, and that same person needed to get the Bakepedia vision. They had to be willing to slave over recipes, a hot stove, their computer, their camera, utilize their network and be an ace brainstormer. Oh yeah, and they had to fit on the team, which means they had to be a nice person but a little crazy, too. Crazy enough to jump on board this start-up. Tall order? Well, yes, but I wasn’t going to give up the search. I knew the right person was out there – and it’s Lauren Chattman.

Lauren and I have moved in the same and/or overlapping circles for years. She has given me quotes for my books, we have both had the opportunity to bake with Roland Mesnier, the former White House pastry chef, and we have shared the same publishers more than once. Now, we can call her our own. I am thrilled to introduce you to Lauren. She will be part of the fabric of Bakepedia and help us steer this ship with her creativity,  kitchen savvy and business acumen. With no further ado, here is a bit about Lauren:

Lauren Chattman is a summa cum laude graduate of Bowdoin College and received a Ph.D. in English from Yale University, where she taught literature and composition for several years before attending the professional pastry and baking program at ICE in New York City. Upon graduation from that program, she was hired as Pastry Chef at Nick and Toni’s in East Hampton, where she worked until she sold her first book, Cool Kitchen (William Morrow, 1997). She is the author of 14 cookbooks, including most recently Cookie Swap! (Workman, Fall 2010), Cake Keeper Cakes (Taunton, 2009), and The Baking Answer Book (Storey, 2009). In addition, she has collaborated with Mesnier on Dessert University (Simon &Schuster, 2004), and with Daniel Leader on Local Breads (Norton, 2007), which won an IACP (International Association of Culinary Professional) award. She has promoted her books on local and national television, including The Today Show and has sold over 50,000 books during periodic appearances on the home shopping channel, QVC. As a spokesperson, she has appeared on dozens of local news programs to promote JIF peanut butter, Pillsbury refrigerated cookie dough and McCormick spices. She can be seen demonstrating baking techniques for Pillsbury on www.howdini.com. She writes a weekly and monthly column for New York Newsday and the Sag Harbor Express respectively. Lauren lives in Sag Harbor, New York with her husband and two daughters.

Lauren, welcome aboard! We couldn’t be happier!

The Mollie Katzen Interview
What the Fluff?