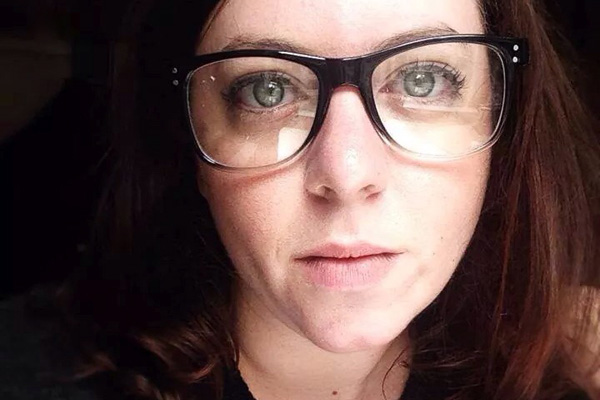 Saveur the magazine is celebrating its 20th anniversary and has released Saveur: The New Classics Cookbook. It contains over 1000 recipes and tips; many culled from the magazine and some newly developed for the book. The book has an elegant but approachable feel, just like the magazine, and it seems to me like a modern, international Joy of Cooking – and I mean that with great fondness and respect. The book is broad with chapters on Appetizers, Sandwiches, Pizzas & Burgers, Vegetables, Meat & Game, Breakfast & Brunch and more, even a chapter on Drinks, but of course I focused on Desserts. It has that mix of expected and desired such as Lemon Bars and Red Velvet Cake but also sprinkles in history and lore and the lesser known such as Azuki Bean Ice Cream and Corsican-Style Cheesecake. I chatted with Helen Rosner, Saveur’s former Executive Digital Editor, now Contributing Editor and the Features Editor at Eater. We chatted about what makes a dish authentic, false food snobbery and why raspberry coulis can be a red flag.

by the Editors of Saveur. Published by Weldon Owen 2014 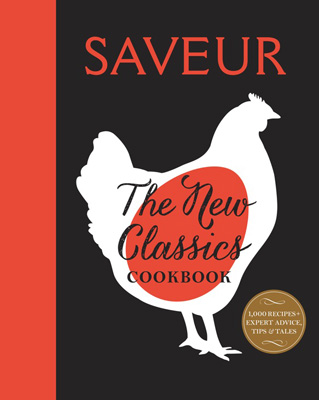 Dédé Wilson: Helen, thank you so much for taking the time to speak with me. I have really enjoyed my time with the book. The word and feeling that keeps coming up for me as I leaf through it is “authentic”. I love that there are classics such as French Apple Tart side-by-side with Elvis Presley’s Pound Cake. Both are authentic, both are classic.

Thank you for talking with me, Dédé. The book truly spans the history of the magazine. We looked at every issue and re-read the entire archive. From day one at Saveur there was an essential mandate to uncover authentic foods…we do amplify and provide a generous definition of authenticity. For some people they hear that word and they think of it as shorthand for “exotic”…they think of things outside the western norm. Saveur has always taken a much more inclusive view of authenticity. It is not always exotic, although it may be. We are all authentic human beings. We walk through life and have authentic experiences. If we taste something and it is delicious, then that is a true and authentic experience and should be celebrated. At Saveur we celebrate what people actually eat.

The fact that authenticity is the mission really does shine through.

At first glance one might think that something like a pound cake that Elvis loved wouldn’t be fancy enough to include, but here it is alongside the croquembouche.

Well, when I really read through the Elvis pound cake recipe I recognized it as an American classic in its own right: that cup of heavy cream in the rich batter is a well-known – and fabulous – approach. Makes a damn good cake.

There are Thai fried bananas and a baked ricotta, which is a modern classic developed for Saveur.com…

The Baked Ricotta with Orange Blossom Cherry Sauce is one of the recipes we are presenting.

I think it is timely that you mention that Elvis’s cake might not be thought of as fancy enough…don’t you think this is the time of real food? Good food? It doesn’t have to have a French pedigree or expensive ingredients or to be made by a chef to be “good”.

I completely agree. The era of food snobbery for the sake of snobbery is gone. At one time being a food snob was considered sophistication. Thankfully it is on its way out. This is a wonderful time to be eating. I am lucky to be in NYC with my choice of grocery stores and restaurants. I can easily eat any ethnicity or from any socio-economic level on any given day. I can eat $6,000 caviar or go through a 10-pack of ramen noodles and the thing is, they are both freakin’ great salt bombs that make you feel great. The book encapsulates this moment where people who love great food can find anything. It might sound funny but the Internet has really brought it all together.

My friend Kat Kinsman from the Tasting Table likes to say, “If it tastes good, it is good”.

See, that’s it right there. In a nutshell. And I love that you used the word “delicious” earlier. I did an interview with Dorie Greenspan recently and she gave me my new favorite quote: “Deliciousness is the final criterion”. Same thing as your friend Kat. It is a valid word that gets a bad rap.

I think it can be used well – and can be relied upon too much…but deliciousness is an ultimate arbiter of success. If you put it in your mouth and you close your eyes with pleasure because the food is speaking to you, then that’s it. You’re done. It’s good and you know it is good. You don’t have to be in a palatial Parisian chateau dining on numerous courses. You could be eating street food! If it gives pleasure, then it is good.

We are also featuring the Blueberry Slump. Any tips for that recipe? I like it because it is so easy and yet so satisfying. I know winter is upon us but I tried it with frozen blueberries and really liked the result.

Oh, I make it with the frozen Maine blueberries…the tiny wild ones… come in a big package…

Yes. I personally really like them…they are small and even after freezing they hold their texture. You can make this dish now and when you take a bite you will be able to vaguely remember the sun of summer. The dish is surprisingly simple…you whip up a batch of biscuit dough and that tops the juicy fruit below…it’s a seasonal time machine!

Did you have any particular favorites from the book? In the dessert arena?

Oh, so many…we (James Osland and I) went over so many recipes and it was like, yes, no, yes, no, yes, yes, yes! Our list was well over 2500 recipes…our poor editor was inundated….

Any desserts that really resonated with readers that you had to include?

Many people out there are home cooks and within that focus they feel comfortable improvising or altering recipes, but when it comes to baking they want to refer to recipes. They want something that is particularly wonderful…one of the recipes that resonated with readers is our flourless peanut butter cookie recipe. Everyone loves them, it isn’t intimidating and it is super simple. You combine peanut butter with sugar and eggs and what comes out of the oven is the essence of peanut butter. (Ed. Note: The recipes also does include leavener, salt, vanilla and cinnamon).

And because it’s flourless – it has that dreaded phrase “gluten-free” – but it truly has oomph to it.

And isn’t that interesting that such a simple recipe made such a splash. Again, as we were saying before, it speaks to the scope of the book – and that simplicity is okay.

And there is a Caramel Cake that is quite popular. I think layer cakes are sort of a final frontier for home bakers…so iconic and elegant and it turns out that if you can bake a single cake you can bake a triple layer cake! We had a terrific response to that one…if you grew up with caramel cake you had a light bulb moment – aha I can make this at home! In fact, I got over my fear of baking with this recipe. And if you aren’t used to caramel…it’s an approachable candy-making recipe. I think candy can be most intimidating…who knows what soft-ball stage really means? It all sounds so scientific like you should be in the lab…but this caramel icing is so easy and your house fills with this enticing burnt sugar aroma and you pour it over the cake and it is transcendent and you get to show it off and brag about it…any amount of bragging that you do with this cake is deserved bragging!

It’s back to the allowance of being able to like simple, homespun things.

Yes! Like with the Baked Ricotta, it sounds fancy but it is written and prepared in 2 steps…

Exactly. You take ricotta – people have a familiarity with it – but you crack and egg in it and bake it and it’s completely different from what it was in the tub…so amazing…so similar to the flourless peanut butter cookie now that I think of it. In the sense that in each recipe, the main ingredient is just treated gently and highlighted. This recipe introduces you to ricotta’s flavor. You lightly sweeten it and bind it…I have occasionally made the compote but it is just as good with a drizzle of honey or cracked black pepper along with the honey…or just really great fruit preserves. You can open a jar and be done.

Until recently I really was just a novice baker…the one thing that changed everything for me was really committing to reading the recipe and trusting it. If you are a savory cook and are used to throwing things in a sauté pan, the blind faith in baking can be terrifying. When I realized that the recipes have come out of century old traditions of making a cake…Maida and Dora know how to make a cake! Listen to what they have to say. Read the recipe and trust it.

Number 3, unless you are making a wedding cake, there is really nothing that cannot be salvaged. If your cake crumbles, layer it up with whipped cream and call it a parfait. What does it matter if it doesn’t look perfect?

This is a great segue for talking about photos. I love that photo of the Baked Ricotta…the ramekins on that well-used sheet pan…here’s that word again but it looks authentic. This is what it would look like if you made it at home and I love it.

I took that picture!

Really? How funny that I focused on it…

The publication has had a photographic legacy from the beginning of depicting food in a real, honest way. Back then most food photography was formal. It was done in a well-lit studio…it was elegant photography. All the shots looked like you were at a fancy dinner party in Greenwich (CT) using the good china. We wanted real food. When you are looking for authenticity you don’t spritz with cooking oil to gloss things up.

At Saveur we have a beautiful sun-filled office and the Test Kitchen has a pass through into the photo studio. The ricotta was baked and the shout went out that it was ready and I went in to look and there they were…the ramekins on the sheet and I snapped it in the sunlight. There is food that is designed to be photographed and food that is meant to be eaten…to be consumed.

You just gave me my new favorite quote!

There is inherent beauty in something that is delicious. A dripping burger might not be beautiful in a classic way…you don’t need the punch line of a raspberry coulis on a dish…

Oh don’t get me started on mint leaves as garnish where they don’t belong! (We both laugh).

Helen, thank you so much for your time. The version of the baked ricotta with the honey is calling me to the kitchen…