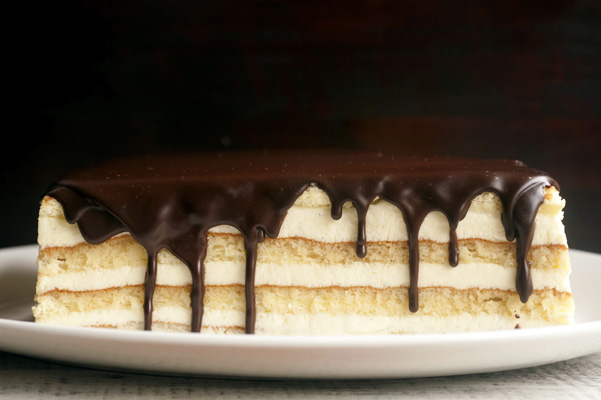 Joanne Chang made a name for herself at her Flour Bakery in Boston, so who better to turn to for a luscious derivation of Boston cream pie? In her book Flour, Too

, she offers pastry cream and ganache as basics to be used in a variety of recipes (and you certainly can). We have presented the recipe as one so that it is all right here for you. This is a bit of a fancy version and note that while the recipe looks long, the ganache can be made 1 week ahead and the pastry cream 3 days ahead, so take advantage of these timesavers. 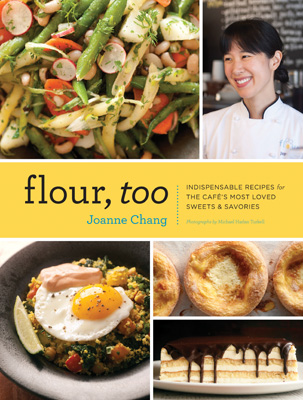 It’s a little risky to try making your own version of Boston cream pie, an iconic dessert that’s been around longer than any of us, in a city so steeped in tradition. Boston cream pie isn’t really a pie, either. First served in 1856 in the Parker House hotel in Boston, now known as the Omni Parker House, it’s actually a vanilla sponge cake filled with pastry cream and topped with chocolate glaze. I learned how to make this version of the classic from Rick Katz, the first pastry chef I ever worked for. His Boston cream pie was lighter and less cloyingly sweet than the original, which meant lightening up the cake, the filling and the glaze. The cake is a simple sponge cake that lends itself to being soaked with a flavored syrup (hence, the name “sponge” cake). The filling is not just straight pastry cream, as in the original version, but a creamier, fluffier combination of pastry cream and whipped cream. And the glaze is pure chocolate ganache—bittersweet chocolate and heavy cream—which makes for the most decadent finish ever.

Adapted from Joanne Chang, Flour, Too: Indispensable Recipes for the Cafe’s Most Loved Sweets & Savories