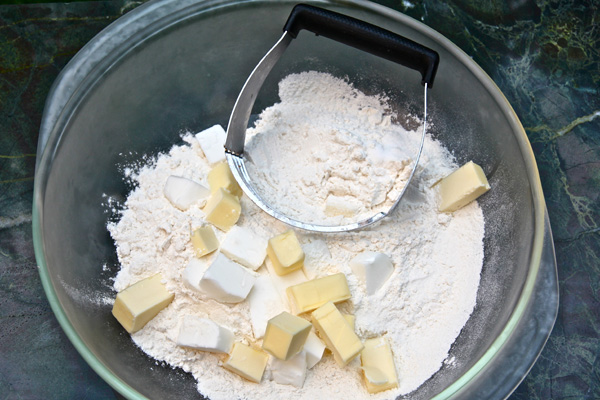 This pie pastry recipe is used frequently throughout Ken Haedrich’s book, Pie, because it yields such excellent results. He sometimes calls it a half-and-half pastry, referring to the equal amounts of vegetable shortening and butter—the former for flakiness, the latter for flavor. It can be made in a food processor if you have a large-capacity machine, but make it by hand or with an electric mixer if you don’t. Both methods are quite easy. If you could have only one pastry to work with, this would probably be it. This is adapted from Pie (Harvard Common Press, 2004).