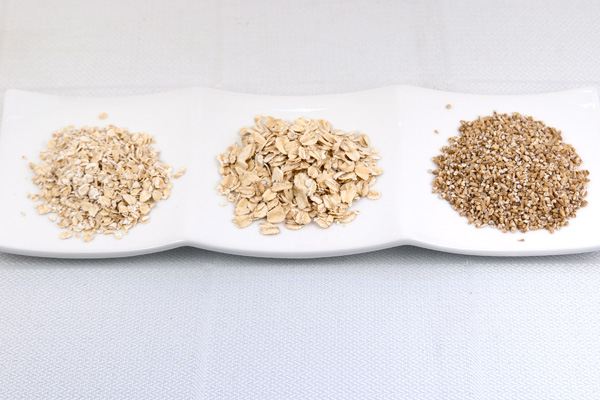 Avena sativa. A cereal grain that comes in several forms. From the heartiest and least processed to the most processed:

Recipes should specify which kind to use, but unfortunately, sometimes they don’t. Regular rolled oats are the most commonly used in baking, so if you have to guess, this would be the safest bet. Quick versions would be our second choice, although the wonderful hearty quality that rolled oats bring to oatmeal cookies, for example, would be lacking. Instant oats can be quite pasty and are not recommended, while steel-cut, our choice for breakfast oatmeal, are hardly ever used in sweet baking either.