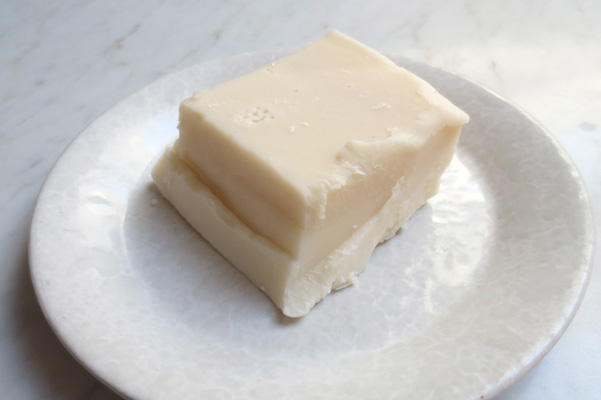 The general term for pig fat. Before lard can be used in place of butter or shortening in baked goods, it must be rendered. This involves slowly heating the fat to allow any water it contains to evaporate, then straining the liquid fat to remove impurities. As the rendered fat cools, it solidifies and is formed into blocks or packaged in tubs.

Most bakers prefer the highest grade of lard, known as leaf lard, for its relatively mild flavor. Leaf lard is the fat from around the kidneys and inside the loin. The fat from the back skin and muscles (known as fatback) and the fat surrounding the digestive organs (called caul fat), have a more assertive pork flavor that may overpower the other flavors in a dessert.