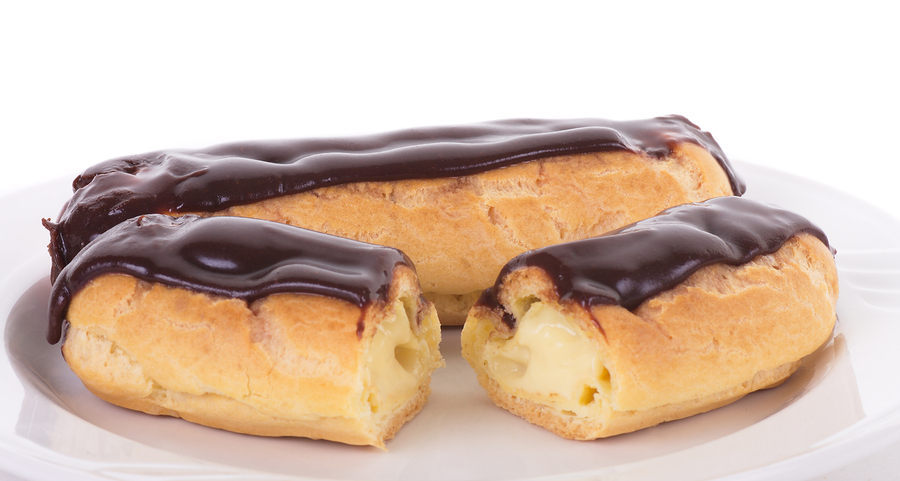 A long, finger-shaped pastry (similar to a cruller) made from pâte à choux (also known as choux paste).  The choux is piped into “logs” typically about 6 inches long. The logs are then baked in a high temp oven, during which the dough expands and dries out. After cooling, each éclair is typically filled with vanilla pastry cream or custard, but you might see them filled with whipped cream or with various flavors of custard.  Traditionally, the top is dipped in chocolate fondant. Éclair is also the French term for lightning, and many believe that the word was chosen for this dessert because of how light reflects in a wavy pattern on the surface of a glazed éclair.

Both chocolate and vanilla fondant are found in the traditional French pastry kitchen, but fondant is not that easy to make at home. In fact, many chefs begin with a commercially prepared product. Chocolate ganache is a good alternative for your homemade éclairs. As an aside, choux paste is also used to make cream puffs.