Crispy Italian cookies, the name meaning “twice-baked,” which in fact they are. 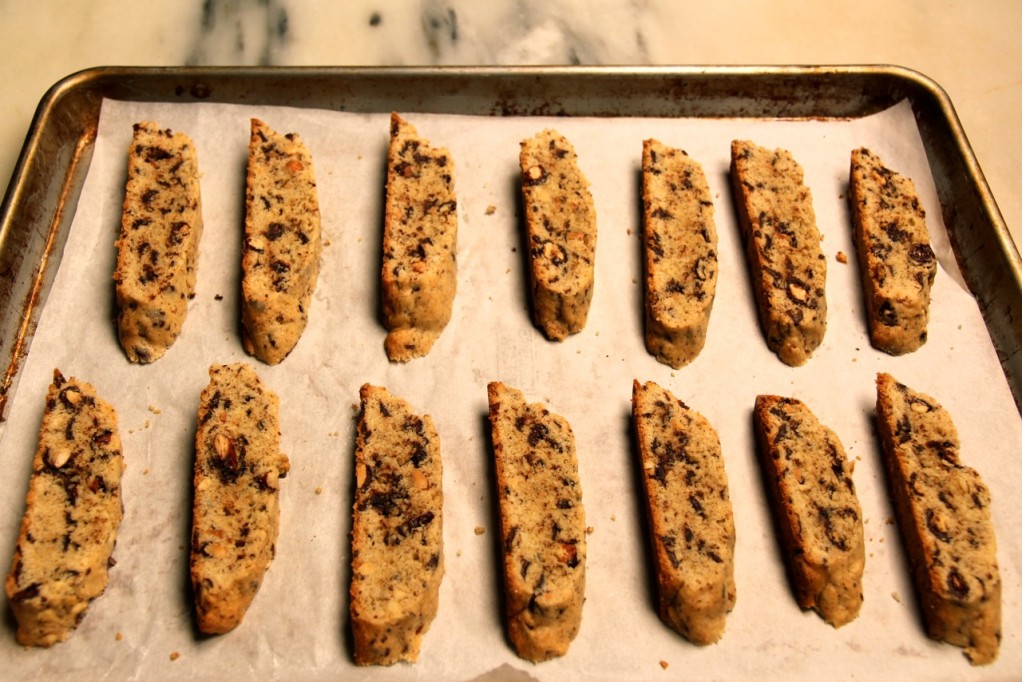 Thick dough is shaped into a fat log, baked and briefly cooled. It is then cut into diagonal slices, which are placed back on the baking sheet (perched on their bottoms or on their flat sides) and baked once again until crisp. Some recipes call for flipping them once during this second baking period. The classic biscotti recipe, biscotti di Prato, is named for that city and feature almonds. They contain no fat, which helps create their crispness, along with the double baking. More contemporary recipes may or may not include a leavener like baking powder and perhaps some fat from butter or oil. They keep pretty well, with the fat-free version keeping much longer. Traditionally, Italian biscotti are enjoyed with a glass of vin Santo, dunking, eating and drinking as you go.

Nowadays biscotti are popular in the U.S. as well as other countries and you are just as likely to see them eaten as a snack or accompanying a hot beverage. The image below shows how the whole nuts have been cut into when the biscotti were sliced. This gives the cookie a great look and texture, (as opposed to starting with sliced or chopped nuts).