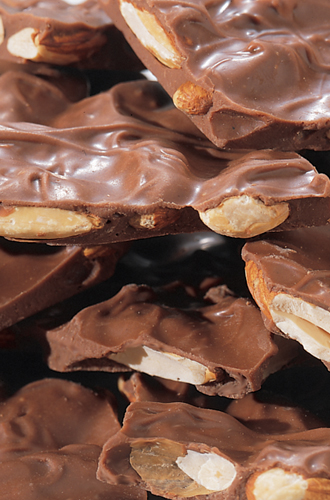 Also called almond bark and chocolate bark. This term is used two ways. 1. A confection made up of slabs of white, milk or semisweet/bittersweet chocolate to which something has been added, usually nuts or dried fruit, often found in candy stores. The slabs of chocolate are called such because they look like tree bark. 2. A type of confectionery chocolate coating that doesn’t need to be tempered (and that contains no nuts).