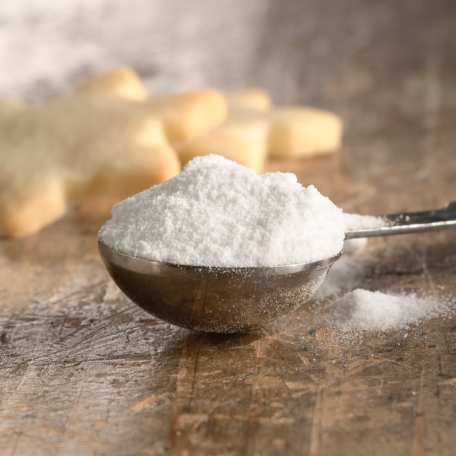 Also known as ammonium carbonate or hartshorn. This is a leavener that produces extra-crisp cookies and crackers. Often called for in older cookbooks and certain European recipes, where it is sometimes referred to as hartshorn.

Baking ammonia’s effects are unique and desirable, but it does give off a strong smell during baking, which may have led to its disfavor. The scent of baking ammonia eventually dissipates and is not present in the cookies themselves. Some people claim to be able to taste it in the final product and find it to be a negative attribute. If you want to try it, experiment with cookies; their small, relatively thin size and broad surface area allow the chemical to evaporate efficiently. Baking ammonia’s shelf life is about 18 months, so it is important to make sure you are using a fresh bottle. You can find it through King Arthur Flour.