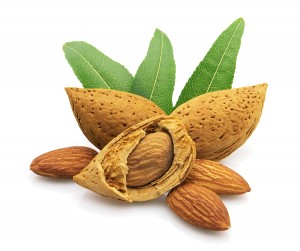 Prunus amygdalus or Prunus dulcis. The seed (also referred to as the kernel) of the almond tree, gathered from the tree’s fruit. Native to the Middle East and South Asia; widely cultivated in California, where it is the state’s top agricultural export. Almonds are also the largest U.S. specialty crop export.

Although we refer to almonds as nuts, they are actually seeds. There are two broad varieties you should know about: bitter and sweet. The bitter version contains the soluble glycoside amygdalin, which can break down and produce cyanide. Fear not, as it is neutralized during processing, however, raw bitter almonds are considered dangerous to ingest and are prohibited for sale within the United States. Processed bitter almonds are used to make some extracts and liqueurs. If you are familiar with the flavor and aroma of this extract, you know how distinct and commanding the flavor is.

The photo below shows the various ways you can purchase almonds. Recipes will specify whole, blanched, sliced, etc. One cup whole is not the same as one cup sliced, so use what is suggested in your recipe. 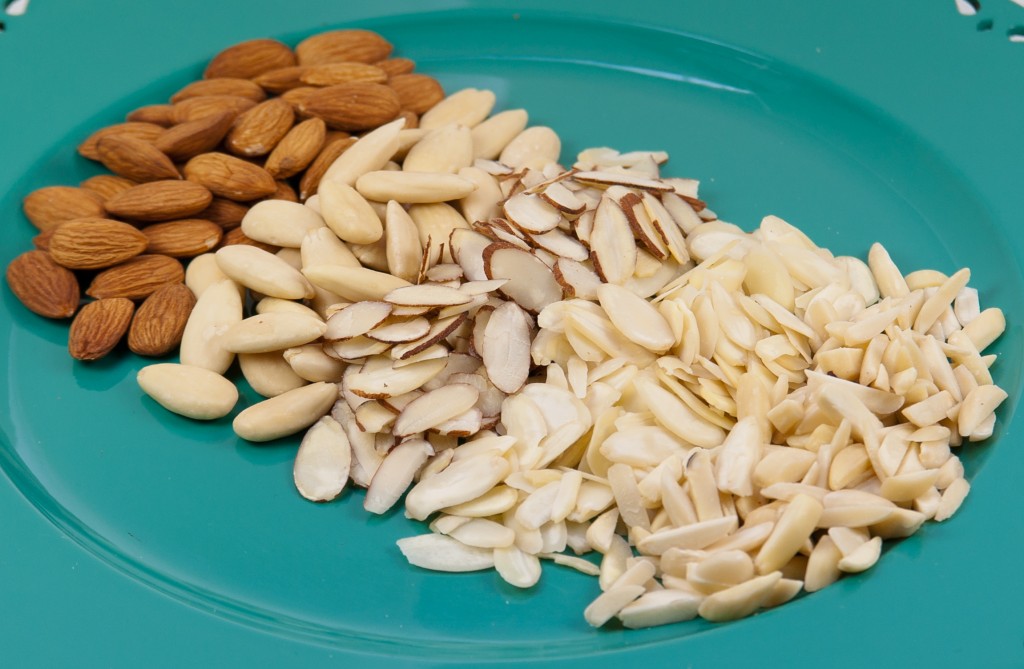 The sliced almonds are cut diagonally to form neat, thin ovals. The slivered are almost like a julienne of the nut forming tiny log-like pieces. Blanched almonds are always more expensive, as the processor has to remove the skin. In some delicate recipes, such as a dacquoise, it might be preferable to use blanched to avoid coloring the meringue with flecks of the darker skin. The skin is also fibrous and yields a dessert with a coarser texture. Buying in bulk is the most economical, if possible. As with all nuts, they are highly perishable so buy just what you need for your recipe. They can, however, be frozen in an airtight container for longer storage.