If you aren’t following Dominique on Bakepedia, you should! She has a way with baked goods that just happen to be GF and paleo. Her photos inspire us to make her goodies, too. This is a perfect cake to share at the office or during the weekend when family is running in and out of house and need a quick snack. We love her use of both fruit, honey and maple syrup for sweetening. 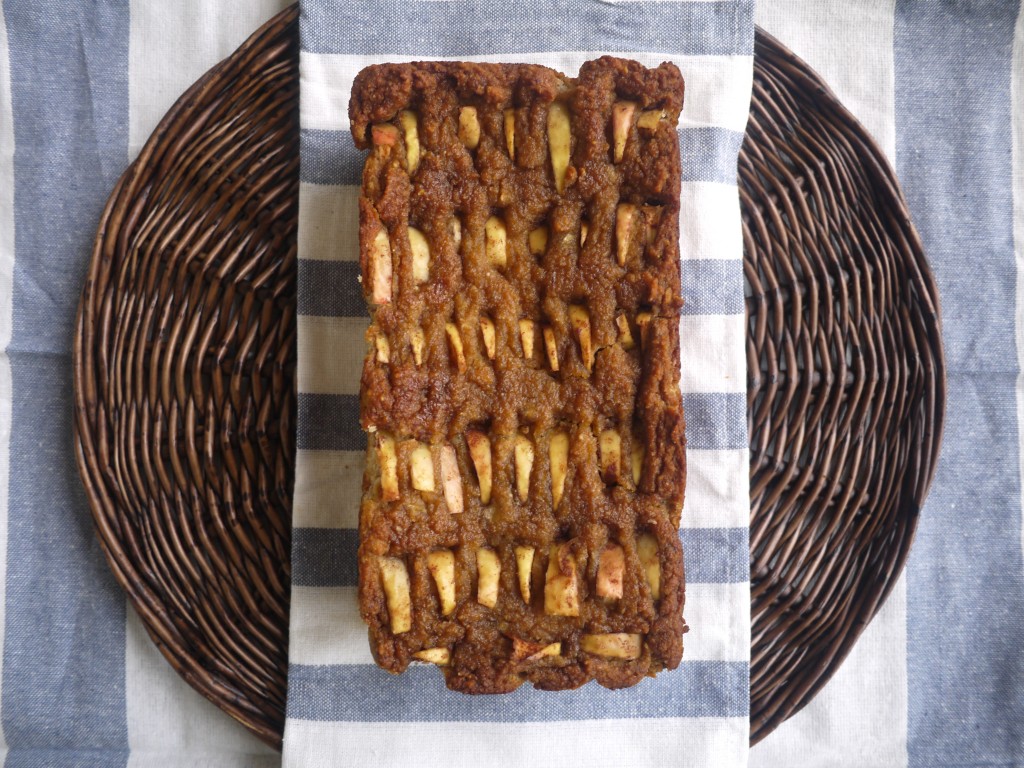 This was inspired by a cake recipe that I learned when I was younger. My aunt taught me a recipe for a cake called “Madame Marshall”, which is a cake that has apple slices vertically placed into the batter that her neighbor, a French woman, would make for her when she was a kid. This version is non-processed, paleo, and gluten-free.